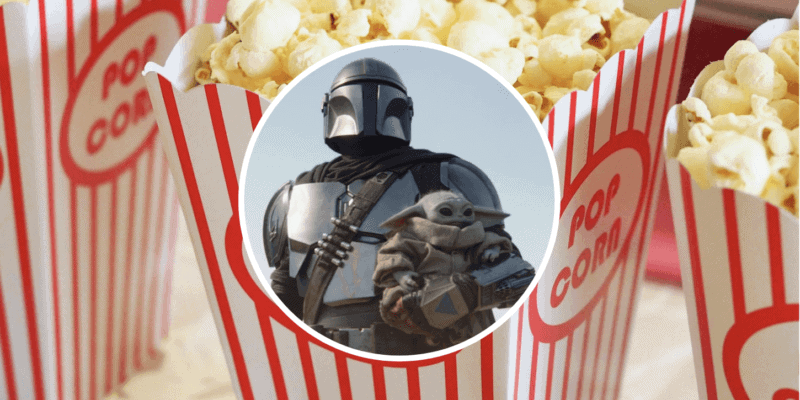 The Mandalorian, perhaps unexpectedly, has become a pop-culture sensation. Once you’re on a cereal box, you know you’ve made it — just ask Grogu.

The show, as a matter of fact, is so popular, that Disney and Lucasfilm have decided to make it the new, post-Skywalker Saga jumping-off point for Star Wars‘ next chapter. It is, in essence, the new crux of the Star Wars universe.

As Lucasfilm President Kathleen Kennedy said during the studio’s portion of The Walt Disney Company’s Investors’ Day event on December 10, the Jon Favreau and Dave Filoni series has “ushered in an entirely new era of Star Wars and there’s more to come.”

Two Mandalorian spinoffs — Ahsoka and Rangers of the New Republic — have been confirmed, along with numerous other Disney+ Star Wars series. Is it possible, however, that Din Djarin (Pedro Pascal) — AKA the Mandalorian in The Mandalorian — could don his beskar Mandalorian armor in an upcoming Star Wars movie?

The actor himself isn’t ruling it out.

As per ComicBook, Pascal, who is set to appear in Wonder Woman 1984 — directed by Patty Jenkins, who has also been tapped for the 2023 Star Wars film, Rogue Squadron — shared the following:

Should the story call for it, it sounds like Pascal would not hesitate from working with Jenkins again for her Rogue Squadron film. After working on Wonder Woman 1984, he has nothing but praise for the director. “They could have been asked me to play a piece of furniture,” Pascal said of the team behind Wonder Woman 1984. “Charles Roven, the producer, I was working with at the time and he’s a powerhouse of a man and has taken such good care of me. And then Patty, I’m a fan from the very, very first movie, to what she’s done on TV, the first Wonder Woman movie and so, for an actor to get to work with her it doesn’t get better, really. I mean it.”

Since the timeline of Rogue Squadron is not yet known — though it seems highly likely it could intersect with The Mandalorian’s era — Djarin would likely appear alone, without Grogu. It also remains to be seen if Disney and Lucasfilm have plans to bring other Mandalorian characters, such as Star Wars Rebels and Star Wars: The Clone Wars fan-favorite Ahsoka Tano (Rosario Dawson), bounty hunter Boba Fett (Temuera Morrison), Bo-Katan Kryze (Katee Sackhoff), Peli Motto (Amy Sedaris), Marshal Cobb Vanth (Timothy Olyphant), and others into the Star Wars movie universe in any way.

Pascal also said, “How could you not?,” when asked if he thought Djarin should show-up in other Star Wars titles beyond The Mandalorian Season 3 and, in all likelihood, Season 4. This writer has to agree.

The second season of The Mandalorian comes to a close this Friday on the Disney+ streaming platform. Season 3 will premiere at Christmas 2021, so the Star Wars fan community will have to rewatch their favorite episodes of the series for now.