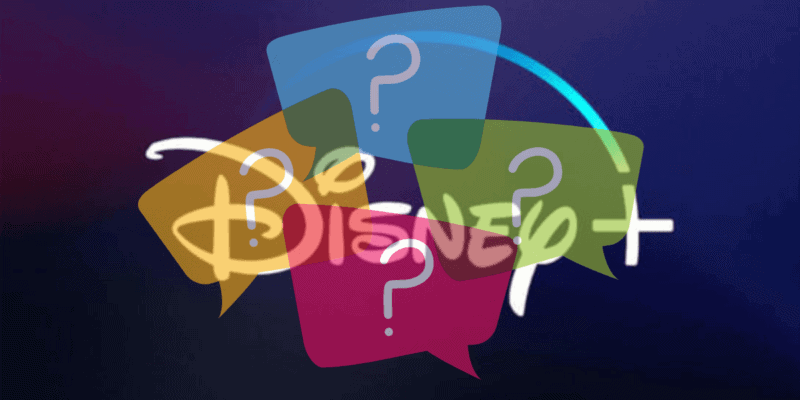 Disney+ is about to turn one year old, which means that it is almost time for those first subscribers to renew their membership. But will they? Is there anything left for users of Disney’s streaming service to watch or anything coming soon that would entice them into another year of payments?

Disney joined the ever-growing streaming service market when Disney+ debuted on November 12, 2019. Disney didn’t know it, but it was the perfect time to launch a streaming service. In March 2020, the country began closing down due to the ongoing pandemic, and many people turned to entertainment like Disney+ to keep themselves occupied during the subsequent lockdowns.

But in my opinion, Disney did not prepare as well as they should have for the launch of their streaming service. Sure, fans had access to nearly everything from the Disney vault. But classic nostalgia can only go so far. And compared to big competitors in the market such as Netflix, the lack of original content for Disney+ was apparent.

While Disney+ did boast one incredible new original show, Star Wars: The Mandalorian, fans were craving more. Fans expected more. Promised at the reveal of Disney+ was original series from Marvel Studios. But due to slowdowns in production caused by the pandemic both WandaVision and The Falcon and The Winter Soldier were significantly delayed.

In a report, analyst Shelley Yong from 7Park Data says:

“We know that Disney has a Hulu and Disney Plus bundle, and that might make it a primary service for some in the United States,” Yong tells The Verge. “But as of right now, it’s definitely a complimentary service, especially in terms of viewership compared to the big three.”

This being due to the lack of original content that can compete with Netflix and Amazon Prime.

Netflix, which is seen by many as Disney+’s main competition, is home to such hits as Stranger Things, The Umbrella Academy, The Haunting of Hill House, Outer Banks, The Witcher, The Crown, and so many more. It is a wonder to me why Disney did not have more than one epic one-hour drama series ready to go at launch.

The Disney+ original shows available at launch such as High School Musical: The Musical: The Series, make for cute family content. But these are not what I would consider prime time level entertainment. This past October, Disney+ did debut The Right Stuff, which is a good show, but I personally don’t see it on the same level as Amazon Prime’s originals such as The Marvelous Mrs. Maisel.

So, after a year of watching your favorite Disney classics from the library, and The Mandalorian, is there anything else to watch on Disney+?

While I don’t think Disney has enough original content that is showstopping just yet, I do think things are looking up for Disney+. WandaVision is set to debut this year, which means we won’t be waiting long for a brand new Marvel adventure. The Mandalorian season 2 is here and the first episode has already exceeded expectations.

With the success of the Star Wars spin-off series The Mandalorian, more Star Wars series are on the way. A new Disney+ original series based on the Star Wars character, Obi-Wan Kenobi is starting to film in March of next year.

Pair that with the uncertain future of theaters and Disney moving their blockbusters such as Mulan, and the upcoming Pixar film Soul to Disney+ instead of theaters, I think there will be lots to watch on Disney+ in the near future.

While Mulan was under Disney’s Premier Access meaning that users had to pay an additional fee to watch the movie before it was streaming for free. Pixar’s Soul will be free for all of Disney+ users when it debuts on the platform in December.

In looking at everything that could be added this coming year–from Marvel Series to Pixar feature films–I believe it is certainly worth renewing your Disney+ membership another year, and if you want to read more about why click the link here.

So, What do you think? Do you have anything left to watch on Disney+? Let us know in the comments.