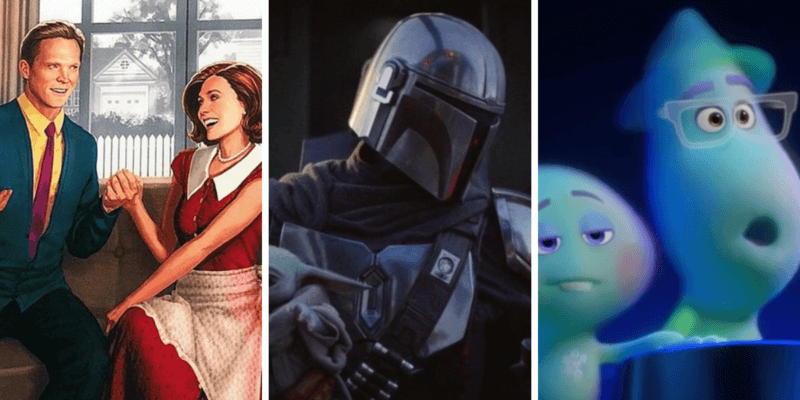 Disney+ launched on November 12th, 2019. That means your yearly subscription is almost up! Should you renew your subscription for next year? We think yes, and here are three reasons why.

If Baby Yoda isn’t enough to convince you to renew your Disney+ subscription I don’t know what will!

If you have not watched the smash-hit original series from Disney+ The Mandalorian, you are missing out. Go binge watch before your subscription is over!

Check out everything we know so far about what to expect from season two of The Mandalorian here.

The Mandalorian is the Emmy winning Star Wars stand-alone series that debut last year and was a big draw for people to subscribe to Disney+. The second season of the series will premier on October 30th and episodes will be released every Friday through December.

In addition, a brand new series based on Obi-Wan will begin filming in March of next year. And rumors are swirling about other Star Wars original series such as a Cara Dune stand-alone series, and a Darth Vadar series.

Initially set to release in theaters, Pixar’s newest movie Soul will now be coming directly to Disney+ included with your subscription.

Soul has already received the coveted 100% on Rotten Tomatoes. And while we are saddened that we will not be able to experience this highly anticipated movie on the big screen, we are very excited that it will be included in our Disney+ membership.

On Christmas Day you can dive into the world of Soul,

This Christmas release is sure to be a heartfelt adventure that is perfect for the whole family. Since not everyone in the nation will be able to hit the movie theaters for a Christmas day movie, it is great to see that we have the opportunity to see something new for the holidays.

Marvel Studios has been creating original shows specifically for Disney+ that will add further depth to their massive, complex Marvel universe.

While the shows were delayed due to the coronavirus pandemic, we could be getting WandaVision this year, and The Falcon and The Winter Soldier (hopefully) next year.

The Loki series has also started production again after a delay caused by the pandemic.

All of these shows will only be available on Disney+ so if you are a serious Marvel fan it is definitely worth renewing your subscription so you don’t miss an episode.

Between the new Star Wars series, exclusive movie releases, and new Marvel content we think it is an easy choice to renew our Dinsey+ subscription another year. If you aren’t yet signed up for Disney+, or if you are looking to renew, you can get started here.

So what do you think? Will you be renewing your Disney+ subscription? Let us know in the comments!