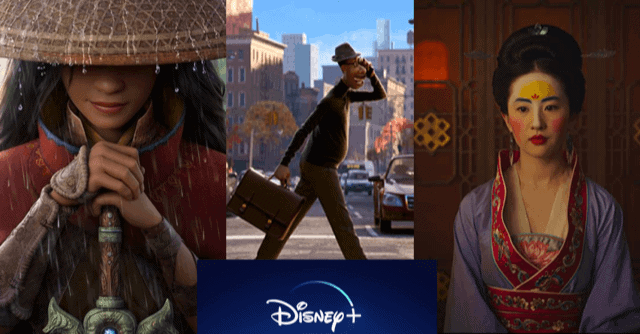 As we all know, this has been a difficult year for the film industry. The Walt Disney Company just announced the upcoming releases of many of their films and series coming to Disney+. However, most will not be releasing on Premier Access (as an upcharge for subscribers) in 2021. Is Disney+ Premier Access here to stay?

Disney’s streaming service first released a Premier Access option for Mulan. This exclusive access cost subscribers an additional $29.99 to view the highly anticipated film three months before it was released to all subscribers at no extra cost. However, with the upcoming release of Disney Pixar’s Soul, no additional charge is necessary. So what does this mean for future films and Disney+?

Now that the future of releasing films into theatres is unknown during this time of the pandemic, Disney is exploring more options for their viewers. As the Walt Disney Company CEO Bob Chapek previously stated, the streaming service will go forward with more Premier Access films for the foreseeable future. We will see this with Walt Disney Animation Studios’ highly anticipated film Raya and the Last Dragon, which will have a theatrical release and a Premier Access release on Disney+ at the same time. Will this set the trend for more films coming to the streaming service on Premier Access later on in 2021?

During the recent Investor Day 2020 presentation, Disney did comment on the future of Premier Access for their upcoming films. The Walt Disney Company CEO Bob Chapek shared the following:

Obviously right now that [Premier Access] works fairly well as we have a theatrical business that is being very very challenged, that enables us not to have the titles stacking up, if you will. By being able to encourage us to go ahead and release a title in the theatrical market maybe before we’re back up to one hundred percent penetration.

It [Premier Access] really works really well now during the pandemic. We’re going to see as we get more and more experience, whether we think that’s a strategy that can go forward as a business model. That piece of it though goes to the second change in dynamic. [As we mentioned], there’s COVID, but there’s also change in consumer demand. And we’re going to read every single title. We’re doing ‘Raya’ in March, [which] will be a data point for us to better understand what Premier Access can be, both in a COVID world and in a post-COVID world.

So, it looks like we will be seeing many more titles coming to not only theatres but to Premier Access, as well, as Disney continues to evaluate their 2021 theatrical film slate. It seems as though the Walt Disney Company sees the Premier Access as another way they can bring content directly to their consumers. This is something that the company has said they want to focus on, and now it is being executed– and we’re here for it!

Will you be viewing Disney films in theatres or through Premier Access on Disney+? Let us know in the comments!