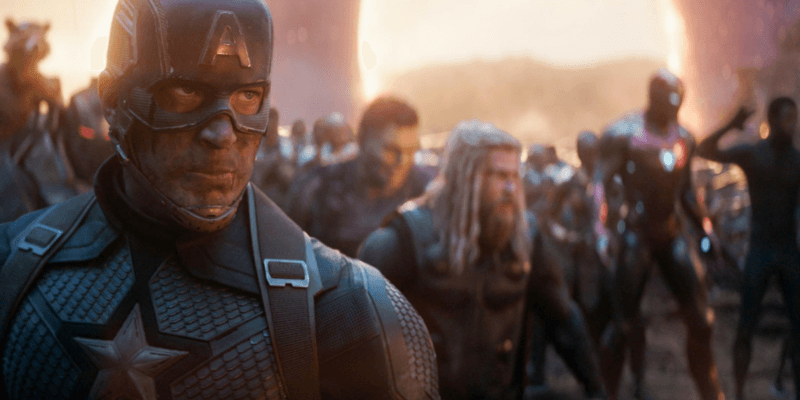 “Whatever it takes,” became the motto and battle cry for the Avengers left behind in the aftermath of Thanos’ snap in Avengers: Endgame (2019). In the blockbuster MCU film, Captain America invoked the famous quote to help summon the courage and determination to set the world right.

One Marvel Cinematic Universe super fan, however, took that slogan to heart when he made a near Iron Man -level sacrifice – of his free time – by breaking the Guinness World Record for “the most cinema productions attended of the same film.”

He told GWR that his favorite Avenger is the first one, Captain America (Chris Evans.) “His character embodies many values that I stand for,” Alanis said, “righteousness, kindness, thinking about others before himself.”

Alanis even caught up with the previous record holder – for viewing Avengers: Infinity War (2018) – who appears to have no ill will in this movie-watching journey!

Round/View 103 Today I tie this legend @NemRaps with 103 views watching the same film in theaters. You sparked this to be done, so I honor you brother.

Avengers:Endgame, released in April of 2019, achieved the highest box office gross of any film in history until Avatar – re-released in China this month – reclaimed that title. Looks like Alanis has more work to do. Whatever it takes.

Alanis’ mighty feat was not accomplished on Quantum Realm time. The time-bending MCU epic has a run-time that clocks in at 181 minutes real time. Multiply that by 191 in-person viewings and it adds up to 576 hours total or 24 full days. And it’s safe to say Tony Stark didn’t cover the cost of even one admission ticket.

You can spend your time catching up with the Marvel Cinematic Universe on Disney+ by checking out their latest super popular series, The Falcon and The Winter Soldier.

What’s the most you’ve ever watched a movie? Do you think you’re cut out for a run at a Guinness World record?