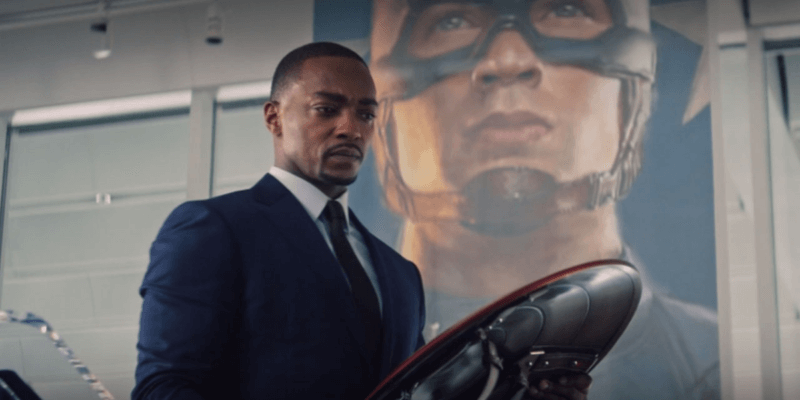 Will we see the story of Sam Wilson (Anthony Mackie) and Bucky Barnes (Sebastian Stan) carry on beyond this week’s finale with Falcon and Winter Soldier Season 2? Sebastian Stan has already told MCU boss Kevin Feige that he’s on board, but no official word has surfaced.

However, a new interview with a top Marvel executive has shed light on the possibility of bringing Sam and Bucky back for a second tour on Disney+.

Often this designation is meant to indicate that the story is standalone and not necessarily meant to continue on with multiple seasons.

Yet, in an interview with IndieWire, Marvel Studios VP of Production and Development, Nate Moore revealed that Falcon and Winter Soldier will be submitted as a Drama Series at this year’s Emmy Awards — making a surprise shift from its anticipated Limited Series category.

Moore, who is also an executive producer on Falcon and Winter Soldier, explained that they actually thought about running the series as a Drama early on, noting:

“[The decision] came about sort of as the series was launching, but it was something we were thinking about even as we were making it — not because we think, ‘Oh my God, it’s so great,’ but because it does feel a bit more dramatic than some of our typical stuff,” Moore said. “As this is sort of our first foray into television, even if it’s Disney+, we thought [the category placement] was appropriate for what the show is trying to tackle.”

Moore stopped short of announcing a Season 2, but did say that Marvel is always looking at “the possibility” for more seasons. This shuffling of the Falcon and the Winter Soldier Emmy designation is revealing in terms of how Marvel Studios is approaching the series moving forward.

While the show demonstrates many of the expected hallmarks of MCU films, including high-octane action sequences and intricate character relationships from Marvel’s deep catalog of intriguing personalities — like new fan-favorite Baron Zemo (Daniel Bruhl) — the show has become just as well-known for its more human moments.

The story of Bucky Barnes coming to grips with his dark past, while Sam Wilson struggles to reconcile his superheroic identity with appalling hidden truths about race and bigotry in America is, perhaps, some of the weightiest material confronted in the MCU thus far. The show’s exploration of what the mantle of “Captain America” represents in a post- Steve Rogers world brings a grounded reality to the Marvel Cinematic Universe.

The show’s new categorization for the 2021 Emmys also avoids a Falcon and Winter Soldier versus WandaVision show-down in the already loaded Limited Series categories. Anthony Mackie and Sebastian Stan are likely to be considered for individual awards in the Drama Series categories, while Paul Bettany and Elizabeth Olsen could be considered in the Limited or Anthology Series individual categories for WandaVision.

When speaking with IndieWire, Moore further discussed the difference between the two series, saying:

“I think ‘WandaVision’ is a show you can only do once. She can’t go back into that reality. That is such a complete arc of what that character can do and what that story wanted to do, whereas ‘Falcon and Winter Soldier’ is really about dealing with, to me, the legacy of what a superhero is, through the lens of Captain America and his shield, but ultimately through the lens of all these different characters. And that’s a story I think you can revisit in subsequent seasons because it’s an evergreen story. It’s a conversation.”

Fans are still trying to catch their breath following the thrilling penultimate episode that featured a super-soldier brawl that left John Walker (Wyatt Russell) stripped of his Captain America status and rolled out a bombshell cameo from Emmy-winning actress Julia Louis-Dreyfus.

Inside The Magic will continue to keep you posted on the possibility of The Falcon and the Winter Soldier Season 2.

What do you think? Do you want more Bucky Barnes and Sam Wilson on Disney+? Let us know in the comments!