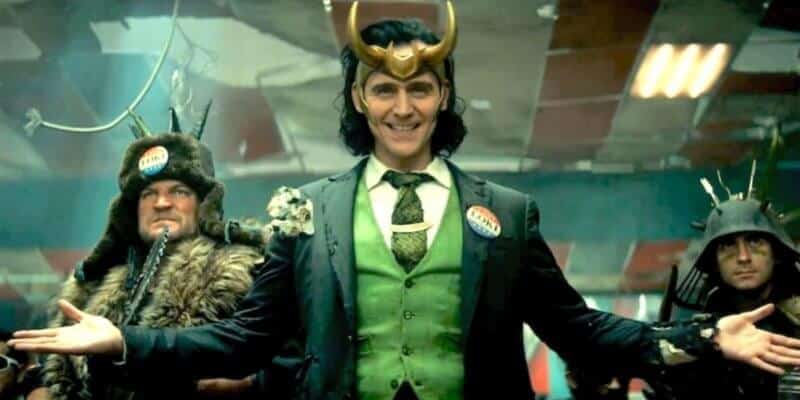 Marvel’s first two Disney+ series, WandaVision and The Falcon and the Winter Soldier, were both major hits — although the latter’s finale did earn the studio its first “Rotten” rating on Rotten Tomatoes.

Both MCU shows, however, were designed to be limited series. Not so, seemingly, for Marvel’s upcoming Loki series.

There have already been rumors that Loki has been quietly renewed for a Season 2, but Kevin Feige’s Marvel Studios is apparently pushing for at least three seasons of the upcoming show starring Tom Hiddleston reprising as the God of Mischief.

Per a recent report:

From what we know about Loki so far, we can already see how it might become an ongoing show and not just a standalone limited series like the others. WandaVision and Falcon were essentially origins stories for their titular heroes and so they had a conclusive ending to reach. That’s not the case with Loki, though. With the character forced to work for the Time Variance Authority, fixing temporal anomalies, that’s a premise – similar to Doctor Who or Legends of Tomorrow – that can support multiple seasons.

Little is known about the specifics of the plot in Loki, but Marvel fans will be treated to Owen Wilson’s Marvel Cinematic Universe debut when he plays Mobius M. Mobius. Erika Coleman is also set to appear as Florence Schaffner.

Other actors whose roles are currently unknown include Sophia Di Martino, Richard E. Grant, and Wunmi Mosaku. It is likely that Marvel Comics characters, Kid Loki and Lady Loki, will appear at some point, but nothing has been confirmed by Marvel executives or Loki showrunners.

No MCU Avenger cameos have been confirmed either, but it is unlikely that Loki’s brother, Thor, will appear, given the events of Avengers: Infinity War (2018) and Avengers: Endgame (2019), which saw the God of Thunder from Norse mythology team up with the Guardians of the Galaxy crew aboard the Benetar — all this, plus the fact that Chris Hemsworth has been filming Thor: Love and Thunder (2022) in Australia.

The first season of Loki is set to debut on June 11, 2021 and is set to have six episodes, just like The Falcon and the Winter Soldier. The Loki trailer officially debuted at the 2020 Disney Investor Day event.

Are you looking forward to Loki? Is Hiddleston’s Loki one of your favorite MCU characters?