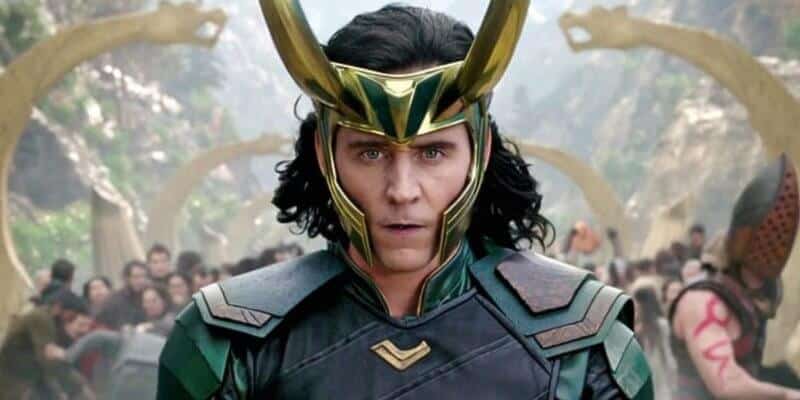 Loki is premiering on Disney+ on June 9, 2021, but the high expectations for the latest Marvel original series are quickly picking up steam. So much so that they just pushed up the release date from its planned debut on June 11. The latest trailer gave the very first glimpse of the Multiverse in the MCU, while setting the tone for the show.

Marvel fans are already getting impatient for the show even though there are still two The Falcon and the Winter Soldier episodes left. They want more from their favorite trickster and the chance to see into other possible timelines in the Marvel Cinematic Universe – perhaps Loki could stumble upon another universe where Tony Stark/ Iron Man (Robert Downey Jr.) is still alive.

Not much is known about the plot of Loki, though theories abound. The official description from Disney says simply:

In Marvel Studios’ “Loki,” the mercurial villain Loki (Tom Hiddleston) resumes his role as the God of Mischief in a new series that takes place after the events of “Avengers: Endgame.” Kate Herron directs, and Michael Waldron is head writer.

We know based on the trailer that Loki will be apprehended by the Time Variance Authority (TVA). He is recruited by Owen Wilson’s character, Mobius M. Mobius, to help the TVA travel through human history to fix the timeline. But, Mobius will have a tough time getting this unredeemed version of Loki to give him any help.

Remember, Thanos (Josh Brolin) killed the original version of Loki in Avengers: Infinity War (2018). This is the version that was later redeemed when the Frost Giant Prince helped the “Revengers” escaped Sakaar and defeat Hela (Cate Blanchett).

However, during the Time Heist in Avengers: Endgame (2019) the Avengers go back to the events of Avengers (2012). They set off a chain of events that allowed an earlier version of the trickster to escape with one of the Infinity Stones – the Space Stone hidden inside the Tesseract.

But in a recent interview with Empire, star Tom Hiddleston revealed the Logo seen in the latest trailer may have been a subtle clue to the nature of the show:

Something to think about is the [show’s] logo, which seems to refresh and restore. The font of how Loki is spelled out seems to keep changing shape. Loki is the quintessential shapeshifter. His mercurial nature is that you don’t know whether, across the MCU, he’s a hero or a villain or an anti-hero.

The way that each letter of the Loki logo is its own font reflects the different variants of Loki that the show will feature. Rumors have circled that Lady Loki and Young Loki (also known as Kid Loki – the Young Avenger) will both appear in Loki.

Each possible version of Loki, while distinct, will still exhibit the central nature of the character. Loki’s ability to shapeshift goes hand-in-hand with how he lies or tricks people even when he is trying to do the right thing. He tried to help Thor (Chris Hemsworth) save Asgard in Thor: Ragnarok (2017) but he couldn’t stop himself from stealing the Tesseract again.

In the same interview, Hiddleston focused on how the logo really represents this aspect of the Marvel character:

I think that shapeshifting logo might give you an idea that Loki, the show, is about identity, and about integrating the disparate fragments of the many selves that he can be, and perhaps the many selves that we are. I thought it was very exciting because I’ve always found Loki a very complex construct. Who is this character who can wear so many masks, and changes shape, and seems to change his external feeling on a sixpence?

Marvel Studios puts a lot of thought into every detail of the MCU. The Loki logo reflects the central concept of the show just like the different title sequences of the WandaVision series.

Let us know in the comments below if you are excited for the Loki premiere on Disney+.