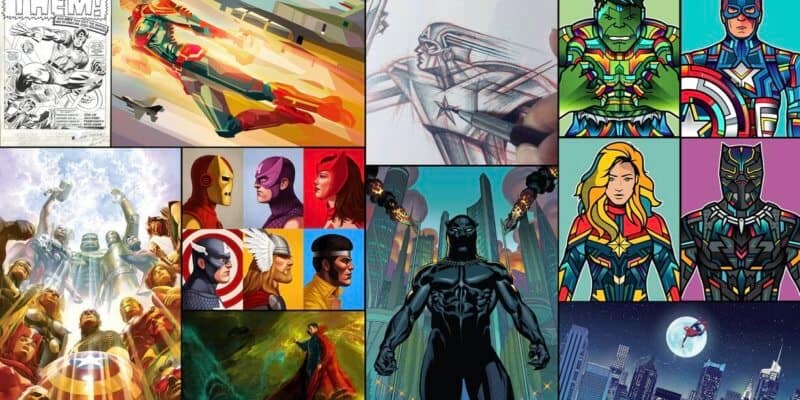 The comic book retail industry found itself struggling immensely amid the 2020 COVID-19 pandemic. Although almost all industries suffered — film and other entertainment fields, as well — comic book stores that relied heavily on in-person shopping and events were devastated by quarantine.

The news that Marvel Entertainment has signed a new exclusive distribution agreement for the comic book market, ending a partnership with Diamond Comic Distributors after 24 years, has sent shockwaves through the comic book industry — with some believing that the shift might bring about the collapse of the industry as it currently exists.

THR‘s report went on to say:

Previously, Marvel Comics had an exclusive comic market distribution deal with Maryland-based Diamond Comic Distributors. Per THR, one of the issues that small, local comic book stores are most concerned about in regard to this new distribution deal is the fact that they will have to buy titles at a standard wholesale rate of 50% off the cover price.

In the past, with Diamond, distributors were able to purchase comics at a sliding rate of up to 59% off. This is reportedly expected to have a negative impact on about half of Marvel’s American market.

Related: Mike Hobson, “Pillar of What Marvel Comics Is Today”, Passes Away

Although concerns about the new deal are mounting among small business owners, Marvel Entertainment President Dan Buckey stated, “Comics are the core of the Marvel Universe, and we are confident this new partnership will continue to grow and evolve this resilient industry.”

How does this affect the MCU?

While this Marvel Comics deal doesn’t have a direct impact on the future of Kevin Feige’s Marvel Cinematic Universe, it is likely to have an indirect effect — especially if things go south for local comic book retailers.

The MCU has recently drawn heavily from certain comic book storylines. In the hit Disney+ series, WandaVision, for example, the “House of M” story arc was explored — including the introduction of Salem witch, Agatha Harkness (Kathryn Hahn), into the Marvel Cinematic Universe for the first time.

Moving forward, it is likely that fans will see more of Wanda Maximoff/Scarlet Witch (Elizabeth Olsen) and Vision’s (Paul Bettany) comic book stories play out onscreen, particularly as their sons, Billy/Wiccan and Tommy/Speed, are expected to continue to play a role in the MCU moving forward.

This was most especially apparent with the introduction of Black super solider, Isaiah Bradley (Carl Lumbly), who was first introduced in Robert Morales’s “Truth: Red, White & Black” (2003).

If this new Marvel Comics distribution deal makes it harder for fans to access comic books from their local shops, it could be more challenging for some Marvel fans to follow what is happening in the MCU — or, to catch up on things that have happened previously in the comic universe.

As Phase 4 continues, with stories about Marvel’s Avengers and more, the connections between the comic universe and Marvel Studios are likely to be more important than ever before.

Fans can look forward to Marvel film additions like Black Widow (at long last), Doctor Strange in the Multiverse of Madness and Captain Marvel 2, plus the introduction of new characters like Kamala Khan in the She-Hulk series and Marc Spector in Oscar Isaac’s Moon Knight.

How do you think this comic distribution shake-up will impact the MCU’s Phase 4 and beyond?