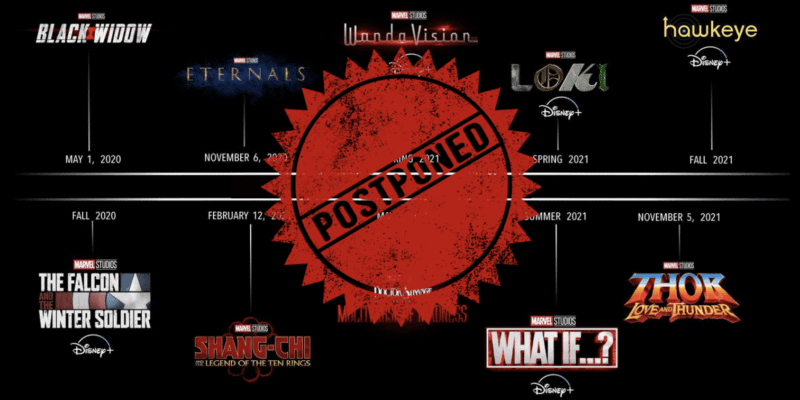 Earlier this week, Disney-owned Marvel Studios announced that its Black Widow prequel movie will be delayed until May 2021. The release of the Avengers film, featuring Scarlett Johansson reprising her role as Natasha Romanoff, has already been pushed back several times due to the coronavirus pandemic.

At one point, there were rumors that Black Widow would follow in the live-action Mulan’s footsteps and debut on the Disney+ streaming platform, perhaps using the same “Premier Access” tier.

It seems, however, that Walt Disney Studios and Marvel Studios executives have decided to continue with a theatrical release, albeit much later than originally anticipated. This will inevitably have a negative impact on the already-struggling movie theater industry.

Disney had previously delayed all of its Phase 4 Marvel Cinematic Universe movies and television shows. Only WandaVision is still set for a 2020 release, months later than originally expected.

Theaters were forced to temporarily close for months during the COVID-19 outbreak, with even major chains like AMC and Cinemark facing uncertain futures.

“We need big movies…We’d hoped that Disney would hold on, but studios have to make their decisions based on their marketing spend and their marketing plan. If they aren’t certain that theaters will be open, they’re going to delay. We’re gratified that they’re moving and not going to Disney+. That’s kind of an important statement. But until we get some of that certainty, we may be seeing theaters close back down again because it’s really tough, if you don’t have new movies coming in, to keep the lights on. To keep paying people. You lose money being closed, but you may end up losing more money if you can’t get audiences in and you’re open.”

“Some theaters have lines of credit that they can tap and keep going until they have new movies. Some do not. Some may close and then that may be permanent for some, which means they’ll either get bought by somebody else or they’ll stay closed. We don’t really know because it’s such an individual company issue. But there’s a lot of distress, a lot of worry for that. There are so many variables right now, it’s hard to say what a worst or best case scenario is.”

At this point, it remains to be seen just how many movie theaters will be forced to close because of streaming releases and major motion picture delays. Given the dismal performance of Warner Bros. Tenet in theaters recently, however, it is unsurprising that other studios, including Disney, are hesitant to try theatrical releases at this time.

What are your thoughts on the recent Black Widow delay? Do you think the MCU will suffer without a movie in theatres for nearly two years?