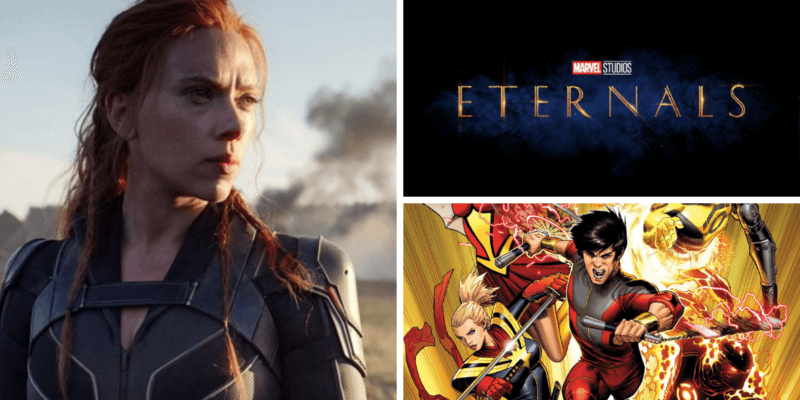 Disney has had to reconfigure release dates of their most recent feature films. Now, some of Marvel’s films that are up and coming have received newer and updated release dates.

Due to the global pandemic, a lot of Disney film’s dates have come into question. Some of these films even had to be released on the Disney+ streaming service. Disney’s Artemis Fowl was one of the films to make its debut to the service. Even more recently, Disney’s highly anticipated live action Mulan was pushed back a few times before it was put up for premier access on Disney+.

Related: Looks Like Marvel Could be Pushing ‘Black Widow’ into 2021

This brought into question of whether Marvel’s Black Widow or any other film from the Marvel Cinematic Universe will be coming to Disney+ as well.

We have recently learned that Marvel has chosen to push back Black Widow  from its recent November 6, 2020 release date to May 7, 2021. This date comes to fans over a year after the film’s original release date. In March, the Black Widow debut was changed due to the Coronavirus pandemic. Currently, Marvel’s official website is still showing Black Widow posters with previously announced release dates. Hopefully, we will be able to see new marketing materials with the new official release date!

This isn’t the only film from the Marvel Cinematic Universe that has received a new release date. Eternals will now be released on November 5, 2021 and Shang-Chi and the Legend of the Ten Rings now will debut on July 9, 2021.

With the announcement of these new release dates, it raises questions about the other upcoming Marvel movies and how their releases will be effected. Thanks to ComicBook.com, we’ve learned that the rescheduling should not have any effect of Marvel films that have already been scheduled for 2022. One thing is for sure, fans will have plenty of the MCU to look forward to!

What Marvel films or series are you looking forward to the most? Let us know in the comments!

Comments Off on Marvel’s Major Upcoming Films Pushed to 2021