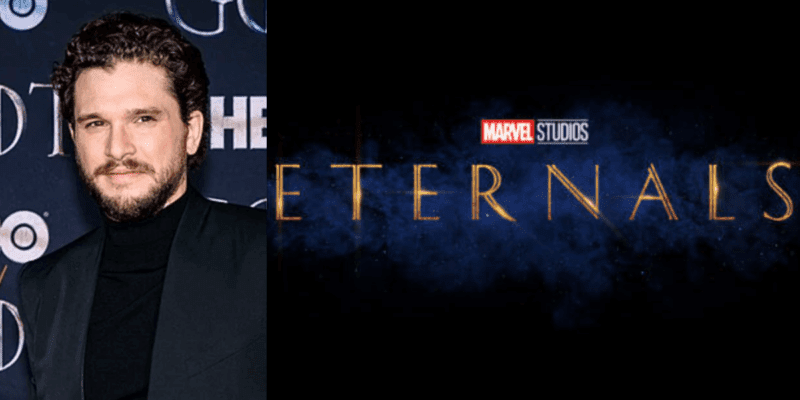 When the global pandemic brought Hollywood to all but a complete standstill, it stopped Marvel Studios’ highly-anticipated Phase 4 movies and Disney+ original series dead in their tracks, including The Eternals.

The shutdown also left fans searching for reassurance that their superheroes will still arrive on schedule, and The Eternals is no exception.

Cast member Kit Harington has now broken his silence on the film and decided to tell Marvel fans what he knows so far. Which, albeit, is not much.

“Well [The Eternals] is done, that’s filmed,” said Harington. “It’s just, God knows what happened…or what’s going on with it, I have no idea. I don’t know what’s happening with anything right now.”

Famous for playing the role of John Snow, the Game of Thrones star will make his Marvel debut as Dane Whitman (aka Black Knight) in The Eternals. The exciting news was announced in the summer of 2019, just in time for Disney’s last D23 Expo. According to Harington’s comments, filming has not only begun since the official announcement but was completed.

Harington’s co-star Lia McHugh shared some insights into what filming The Eternals was like with ComicBook.com, building fans’ hopes for a truly epic adventure film:

“Oh my gosh, every day was a surprise. It was completely insane.The budget and the [production] level, they’re so extravagant on so many things, and the people I’ve worked with were amazing. I had the greatest time in London. I got to explore so much and travel, like the Canary Islands and shot on cliffs and on volcanoes. It was the experience of a lifetime…I had the greatest experience on that film and, oh my gosh, I cannot wait to see the final product, because when you’re filming that, it needs a lot of special effects and things and so you really don’t get to see the full scale and all of that coming together until you see the final edit and I’m so excited.”

The pandemic has caused Hollywood delays at every level and some are more burdensome than others. Projects in pre-production have been able to move forward. Harington’s comments suggest that The Eternals is now in post-production–a similar position with minimal staff which can more easily abide by social distancing guidelines–and is on the lookout for a new theatrical date.

Are you excited about The Eternals? Let us know in the comments!