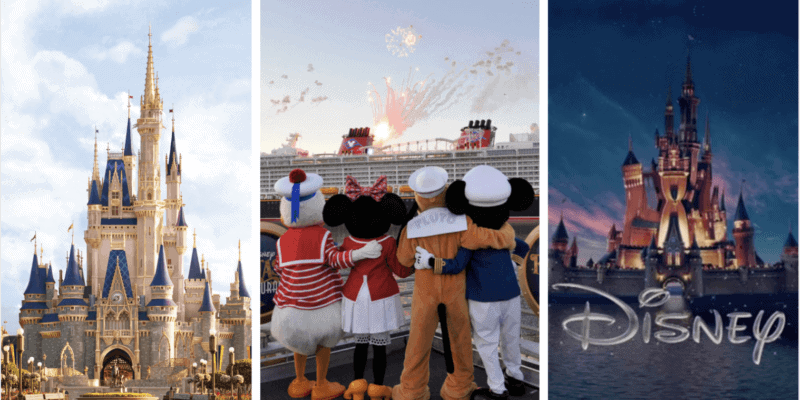 The current global pandemic has absolutely ravaged the entertainment industry. From major movie theater chains like AMC considering bankruptcy to all six Disney theme parks in the world being forced to close for months, nothing in the entertainment world looks like it did in 2019.

A recent OC Register article discussed the current state of the entertainment industry, stating that all sectors are “treading water.” Their article went on to say:

Entertainment happens in gathering places, which is what officials are trying to discourage to combat the novel coronavirus.

When the COVID-19 pandemic broke out in March, few people could have imagined a world without places to go for entertainment: no amusement parks, no multiplexes for movies, no theaters or festival grounds for concerts, no casinos.

But not only did all those venues close, most haven’t reopened. And as we head into fall, no one knows when they will come back.

They are part of what Adam Fowler, director of research for Beacon Economics, calls the creative economy.

We know Inside the Magic readers are wondering what The Walt Disney Company, in particular, will do to move forward from COVID-19. Disney is comprised of a number of different sectors, including films, cruises, and theme parks, all of which have suffered differently amid the pandemic.

Related: Is Disney in Survival Mode? The 2020 Reality of Parks and Films

Here, we take a look at how Disney can bounce back after the coronavirus is over and what changes may be permanent.

Disney’s theme parks, including the flagship Walt Disney World Resort in Florida and Disneyland Resort in California, have arguably undergone the most changes as the result of COVID-19. Theme parks are crowded by nature and require those crowds in order to stay afloat financially.

The Walt Disney Company has, however, had to figure out how to provide Disney Parks Guests with the magical experience they’ve come to expect without fireworks, character meet and greets, and parades, all of which are iconic for most Disney theme park fans.

The Walt Disney Company has done a remarkable job adjusting, providing character cavalcades in lieu of traditional character meets and offering first-time experiences, like the ability for adults to wear costumes to Disney World throughout the Halloween season.

Certain changes, such as the new Disney Park Pass reservation system, are likely to be permanent (or at least long-term), according to Chairman Disney Parks, Experience, and Products Josh D’Amaro.

Disney Cruise Line has, perhaps, suffered the most due to the COVID-19 outbreak. Cruise vacations came to a screeching halt with the CDC’s No Sail Order early in the pandemic and operations have not resumed for the vast majority of cruise lines.

Disney Cruise Line is, however, still making plans to resume sailing itineraries to their Bahamas private island, Castaway Cay, and beyond. A recent meeting suggested that DCL plans to launch its fleet at just under 3/4 capacity when sailings are once again allowed.

Disney has also announced that the construction and maiden voyage of its upcoming Disney Wish cruise ship have been delayed due to coronavirus shutdowns. This will undoubtedly have financial implications on DCL’s operations.

Furthermore, it remains to be seen exactly what sorts of new health and safety measures, like the possible suspension of the Cabanas buffet, will be implement when Disney Cruise Line once again hits the high seas.

When Walt Disney started his company, movies and television were the brand’s bread and butter. Today, films and the new Disney+ streaming platform, remain a major part of The Walt Disney Company. The influence everything from new theme park lands to merchandise collections.

All major motion pictures studios, including Walt Disney Studios, had to shut down production of upcoming films and series in Spring 2020 as the pandemic began its global spread.

Furthermore, as movie theaters struggled to stay afloat, scheduled releases were delayed or moved exclusively to streaming. As the live-action Mulan has proven over the past few weeks, streaming is likely to be the wave of the future in regard to the motion picture industry.

Disney has plans for an ever-increasing number of shows to release directly to Disney+, including a host of Star Wars series and several Marvel Studios titles.

If streaming continues to be as profitable as it has been, it is likely that Walt Disney Studios’ future will not rely heavily on the silver screen.

How do you think Disney will adapt post-pandemic? Do you think things will ever go back to the way they were for the entertainment industry at-large?

Comments Off on How Does Disney Move Forward in a Post-Pandemic World?