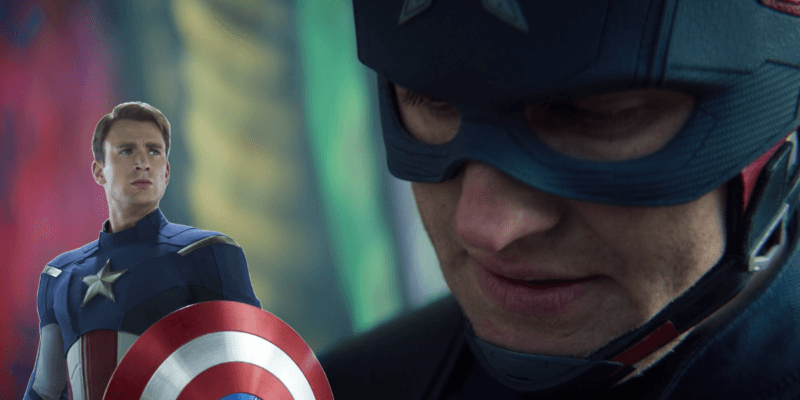 It’s hard to believe that The Falcon and The Winter Soldier only started last month. The six-episode series debuted on Disney+ in mid-March and has since gone on to break streaming records and make both Anthony Mackie’s Sam Wilson/Falcon and Sebastian Stan’s Bucky Barnes/Winter Soldier even more of a household name.

Despite the series bringing the fan-favorite Avengers back to our screens — it’s the first time we’ve seen them in action since Avengers: Endgame (2019) — the show has also introduced us to the new Captain America, John Walker, played by Wyatt Russell.

Clearly, Wyatt Russell’s portrayal of Captain America has polarized Marvel fans even as Russell rises into the top three of IMDb’s StarMeter. It’s true, John Walker isn’t Steve Rogers (Chris Evans) — the Captain America we grew to love during his almost decade-long run in the Marvel Cinematic Universe – but could he garner a new fan-base?

Or, is Wyatt Russell’s take on Captain America in The Falcon and the Winter Soldier the key to seeing Sam Wilson become the star-spangled superhero?

In a recent interview with Entertainment Tonight, Russell talked about his divisive portrayal. In response to a comment on him polarizing Marvel fans who “don’t play”, he said:

“Oh 100%, and you might side-eye the man some more to come […] that’s what I liked about the character, polarizing people are fun to play […] they are fun to play as an actor, and if you can do that and do it in a way that is believable then people really won’t like you.”

On whether he has enjoyed playing this type of character, Russell smiled and said:

The Marvel actor recently revealed that he had never seen a Marvel movie or read a Captain America Marvel comic prior to becoming Cap 2.0. He claimed this was in order to give his own, authentic take on the hero.

“I’m not obviously trying to do what Chris Evans did […] it’s kind of the point.”

The interview shifted to John Walker’s future in the MCU to which Russell responded:

“I don’t know, you’ve got to call Kevin [Feige], you’re not involved in that at all […] later on that becomes apparent or it doesn’t.”

Although Kevin Feige is the Marvel Studios President and will always have final say in who shows up in the MCU, Russell also suggested that the fans will decide his fate.

“And it has a lot to do with what fans think, I think, and how they feel about you and where they want to see things go. It’s so far out of my control […] hopefully this one is good, and good enough for them to make more.”

The rest of the Marvel Cinematic Universe Phase 4 has been announced, and even with a few shift arounds to accommodate Scarlett Johansson’s Black Widow feature, there is room for John Walker to appear in any one of the upcoming MCU movies or television series. The Loki trailer revealed a look at the multiverse, so who knows, we might get an alternate John Walker/Captain America moment.

If we took Russell’s words as gospel and the fans really do control John Walker’s fate, it’s quite clear that it could go either way. Regardless, Wyatt Russell’s entrance into the MCU has been a chance for fans to reevaluate who Captain America is and what he stands for — did fans love the idea of the hero or did they love the man behind the shield, Steve Rogers? It’s clear that after three episodes John Walker has a lot to do if fans are to sway to his side.

Are you looking forward to seeing more of John Walker in the MCU?