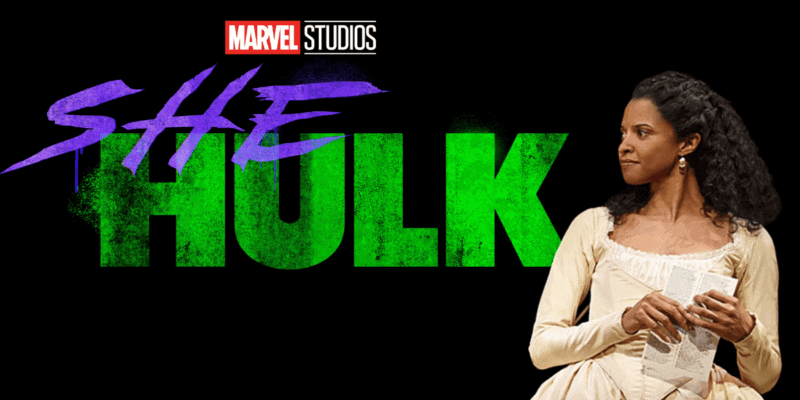 The new Disney+ Marvel series She-Hulk has added another star to its already impressive cast sheet.  Hamilton star Renée Elise Goldsberry, who played the oldest Schuyler sister, Angelica, will be joining the team as a character named Amelia.

Mark Ruffalo will also be reprising his role as the not-so-jolly green giant.

As reported by Deadline:

Goldsberry would play a character referred to as Amelia. Ginger Gonzaga was recently cast as Walters’ best friend. As announced at Disney Investor Day, Avengers star Mark Ruffalo will reprise his role as The Hulk and Tim Roth is reprising his Hulk character of The Abomination on She-Hulk.

Production was originally scheduled to begin in 2020 but had to be pushed back due to the pandemic. While we don’t know too many details about the filming or scheduled release date for She-Hulk, there are some bits of information that we do have.

According to the Film & Television Industry Alliance, here is what viewers can expect from the new Marvel series coming to Disney+:

Following an injury, Jennifer Walters receives an emergency blood transfusion from her cousin, Bruce Banner, and acquires a milder version of his Hulk condition. As such, Walters becomes a large, powerful green-hued version of herself while still largely retaining her personality. In particular, she retains her intelligence and emotional control, although like Hulk, she still becomes stronger if enraged.

Orphan Black star Tatiana Maslany will play the title role of Jennifer Walter, who will transform into She-Hulk.

Maslany’s character Jennifer Walter is the cousin of Bruce Banner, and we can definitely see the family resemblance when they lose their temper.  After Maslany’s casting, Mark Ruffalo was quick to congratulate his on-screen cousin.

Mark Ruffalo is returning to his role as The Incredible Hulk.  Ruffalo has said before that he wanted to continue with Bruce Banner’s storyline as the Hulk, and it looks like that is happening.

Even She-Hulks have best friends, and Jennifer Walter is no exception.  The yet-to-be-named friend will be played by Space Force actress Ginger Gonzaga.

There are not many more details about the upcoming Marvel show. The Walt Disney Company and Marvel Studios are notoriously good at keeping projects under wraps until they want certain aspects revealed.

Are you excited to see She-Hulk come to Disney+?  Let us know in the comments!