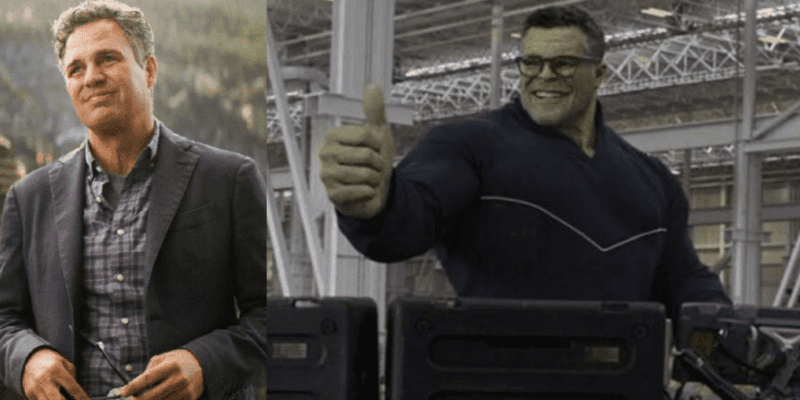 As Marvel fans prepare for Phase 4 of the Marvel Cinematic Universe, the focus has turned to two of the Avengers that are yet to receive a followup project to Avengers: Endgame: War Machine and Bruce Banner/Hulk.

While he has yet to make a statement of any kind to the matter, War Machine actor Don Cheadle’s contract with Marvel was completed with Avengers: Endgame. There has been no word yet about an extension of that contract.

Mark Ruffalo, on the other hand, has not been so silent. The man has been responsible for bringing Bruce Banner and the Hulk to life since The Avengers, and he was the first to portray “Professor Hulk” on screen. In the six MCU movies he’s appeared in, Ruffalo has taken Banner/Hulk to new levels of empathy and comedy. And he’s letting the world know that he’s not done.

“There’s nothing completely at a place where it’s a done deal,” Ruffalo said in an interview for Variety’s recent cover story. “There’s some talk of having Banner/Hulk show up in [the Disney Plus series] ‘She–Hulk.’ If we come up with something good, that would be really interesting. Right now that’s about it. That’s all there is on the table.”

But what Ruffalo really wants to portray Banner/Hulk in his own standalone film. While fans may argue it is the right move and deserved of Ruffalo, Marvel has continued to deny him that request. Hulk’s introductory film into the MCU was undertaken by Edward Norton and Liv Tyler, and has only been unofficially retconned by the fans.

“There’s an idea that I think could be really interesting,” Ruffalo said. “We’ve never really followed him into his life. He’s always kind of off on the side. He’s like the Rosencrantz and Guildenstern of the Avengers. It’d be interesting to fill in all the blanks about what happened to him in between all these movies.”

Then there’s also this idea:

“Maybe Hulk and Wolverine could hook up,” said Ruffalo.

Ruffalo’s dedication to Banner/Hulk has not gone unnoticed at Marvel Studios. Especially from Thor: Ragnarok director, Taika Waititi. While he never got to suit up like Chris Evans, Ruffalo was always willing to put on the motion capture equipment, keen to work on Hulk’s actions himself.

“He has very strong opinions about what Hulk would say and how he would say it,” Waititi told Variety. “People assume, ‘Oh, well it’s a CGI character. Why would an actor do the movements?’ But he insisted on doing all the work in motion capture. All of that stuff is him, dressed in those ridiculous pajamas that you have to wear with ping-pong balls on his head.”

Taika Waititi continues to make progress on his next Marvel project, Thor: Love and Thunder. Meanwhile, Mark Ruffalo is still holding out hope that he will be able to reprise his role as the big green guy at least one more time.