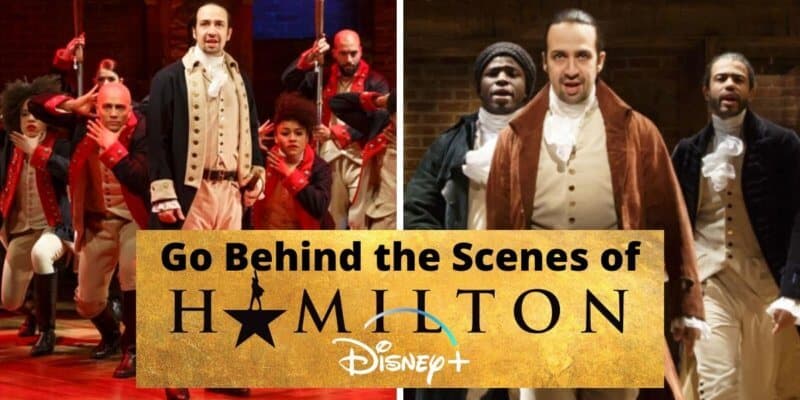 We are only a few days away from the official Disney+ debut of Lin-Manuel Miranda’s hit Broadway musical, Hamilton, on July 3. In case you missed it, it has been confirmed that the original cast will be part of this version of Hamilton, including:

But fans won’t only be blessed with a filmed version of the original Broadway production itself — They are also going to to get a behind the scenes documentary of Hamilton!

That’s right, according to Entertainment Weekly, s special documentary, also featuring the original cast of Hamilton, will debut along with the highly anticipated filmed version. Hamilton In-Depth With Kelley Carter will bring the hit Broadway show’s creators as well as its stars together for a virtual roundtable discussion! They will talk about the origins of Hamilton as well as the legacy the production as left on many.

Related: How Hamilton Will Be Censored on Disney+

“The cast of Hamilton didn’t come to play,” said Carter, who is hosting the behind the scene documentary. “They are accomplished performers who created genre-shifting art, but they also understand this unprecedented time in history and why their voices matter. This special isn’t just about one of the most important pieces of work to ever play on Broadway. This is about how art inspires activation. And, well, how activation inspires great art.”

Jimmy Pitaro, President of ESPN and Co-Chair, Disney Media Networks, also weighed in saying “The story and subject matter that Hamilton covers, and the creative vision of its architects and actors, are more timely than ever.”

Related: Critics Give Rave Reviews for ‘Hamilton’ on Disney+

“The Undefeated, and Kelley L. Carter, are uniquely positioned to help connect audiences – whether they have never seen the show, or have seen it 10 times – to the creative process, people and significance of Hamilton as it debuts on Disney+,” he continued.

Both Hamilton In-Depth With Kelley Carter and the filmed version of Hamilton will debut on Disney+ this Friday, July 3.

Do you plan on watching Hamilton In-Depth With Kelley Carter when it hits the streaming service? Let us know in the comments.