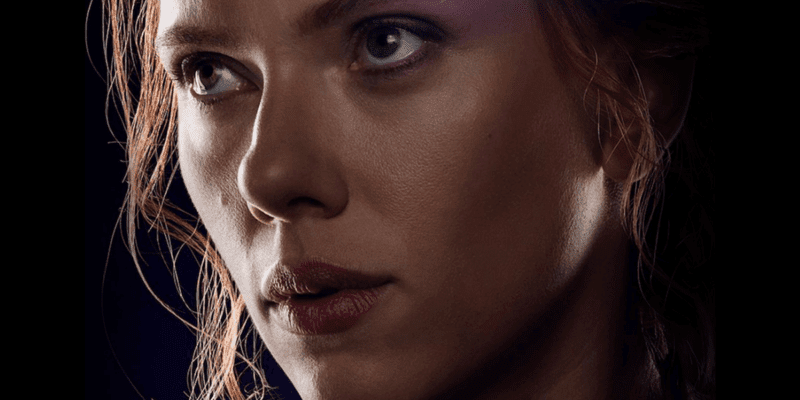 Black Widow’s release date — in theaters and on Disney+ for Premier Access — on July 9 is so close, Marvel fans can almost taste it. We’ve waited long enough for Natasha Romanoff AKA Black Widow (Scarlett Johansson) to return to the Marvel Cinematic Universe.

Now, Black Widow director Cate Shortland has revealed in a recent interview with io9 that the film will take the MCU opening credits in a new direction.

“It was tremendous and it ended up being one of our rare, sort of pre-opening title sequences that really helped set the tone and the backstory for Natasha’s character.”

And some critics who have already seen the title sequence have called it “creepy”. Marvel boss Kevin Feige also said that the sequence will have “unique visuals [and] screaming, crying children.” Not surprising for a character whose comic book origin has always been tragic. It will be full of emotional character moments in the MCU timeline between her origin story and her fate.

Black Widow director Cate Shortland revealed that the rate pre-credits scene will have many Easter eggs for viewers. For those watching the Marvel film on Disney+ going through the titles frame by frame, she said:

“There are some really great little scenes in that title sequence that come back later.”

She revealed that these opening credits will give Marvel fans a quick but important rundown of the sinister Black Widow Program. And it is certain to be chop full of Easter eggs to Marvel Comics since the MCU has not expanded on much of the history of the Red Room beyond the short reveal in Avengers: Age of Ultron (2015).

The expectation for the long-delayed Black Widow movie has always been that it will have intense action. It has been reported that it will tell a very dark story. Marvel’s Black Widow will explore Natasha’s backstory and her history with the Red Room as she reunites with other survivors of the Black Widow Program.

The official description from Marvel Studios is:

“In Marvel Studios’ action-packed spy thriller “Black Widow,” Natasha Romanoff aka Black Widow confronts the darker parts of her ledger when a dangerous conspiracy with ties to her past arises. Pursued by a force that will stop at nothing to bring her down, Natasha must deal with her history as a spy and the broken relationships left in her wake long before she became an Avenger.”

What Else Did Cate Shortland Reveal About Black Widow?

Natasha Romanoff will journey back to Russia and team up with people from her past like including Alexei Shostakov/Red Guardian (David Harbour), Yelena Belova (Florence Pugh), Melina Vostokoff (Rachel Weisz), and O-T Fagbenle’s mysterious character who may or may not be the villain Taskmaster.

In the same interview, director Shortland expands on how the prequel film will add depth to Natasha’s death in Avengers: Endgame (2019):

“She’s broken, she’s raw and she has to go through this journey where she kind of self interrogates because otherwise, what you’re getting in Endgame is a character that’s not fully realized when she makes that choice. And what we wanted to do was say this is why she could make that choice, because she totally knows who she is and she’s come to terms with it.”

Marvel’s Black Widow will pick up Natasha’s story after she refused to sign the Sokovia Accords in Captain America: Civil War (2016). Natasha went into hiding, died her hair blonde, and did not show up in the Marel Universe again until Avengers: Infinity War (2018).

Shortland did not share if the expanded backstory will finally reveal what happened between her and Clint Barton AKA Hawkeye (Jeremy Renner) in Bucharest. She also teased fans about the Black Widow post-credit scene but kept the details close to the vest. Marvel fans will have to wait until they have a chance to see the new Marvel film to get a taste of what else is coming in MCU Phase 4.

Let us know if you are counting down the days till you can see Black Widow either in its theatrical release or on Disney+. Are you hoping it will be one of Marvel’s best solo films?