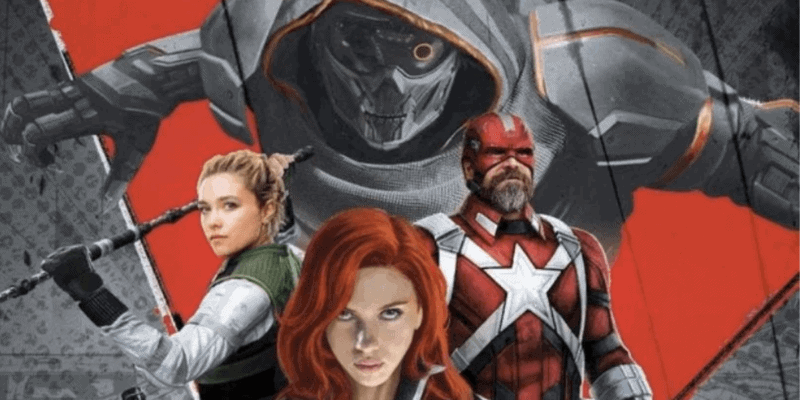 When the long-awaited Black Widow movie finally hits theaters (and Disney+) in July, fans will finally get to see the final chapter of Natasha Romanoff’s story. But they’ll also meet new characters, some of which will have a huge impact on the Marvel Universe and some who have been well known in comics for decades and are finally being brought to life: Yelena Belova (Florence Pugh), Melina Vostokoff (Rachel Weisz), and Alexei Shostakov (David Harbour).

Perhaps one of the most intriguing characters in Black Widow is Alexei, who in the comics is known as Natasha’s husband. In the movie, however, he’s a different formative part of Natasha’s life: her dad as Natasha grows up alongside a spy family that includes her sister Yelena and her mom, Melina.

We don’t know much about Harbour’s character, save for the fact he’s also known as The Red Guardian, which is basically Russia’s Captain America…but more of a mess. Speaking to Total Film, Harbour opened up about his character, saying “he’s got this his gangster quality to him. He’s covered in tattoos. He’s got this beard and these gold teeth. He’s insane.”

Harbour notes that once famous and renowned, the Red Guardian is now in a bad place where he “needs redemption.” It seems that he’ll find that by reuniting with the family that he hasn’t seen in years…indicating that maybe Natasha isn’t the only one who needs to wipe red out of her ledger.

“This is the coolest thing with this entire group of people. They’ve all had parts of their past where they are regretful. They are older. They have had more life experience. They know more things about the system, about this world that they’re all living in,” Pugh added.

Black Widow stands to be different than other Marvel films in that it’s going to be much more grounded than other superhero stories—even other superhero origin stories—and deal with a more personal and nuanced plotline that we normally don’t get to see in these kinds of films. These quotes from Harbour drive home just how much we should be expecting that.

Are you excited to see Black Widow in theaters? Sound off below!