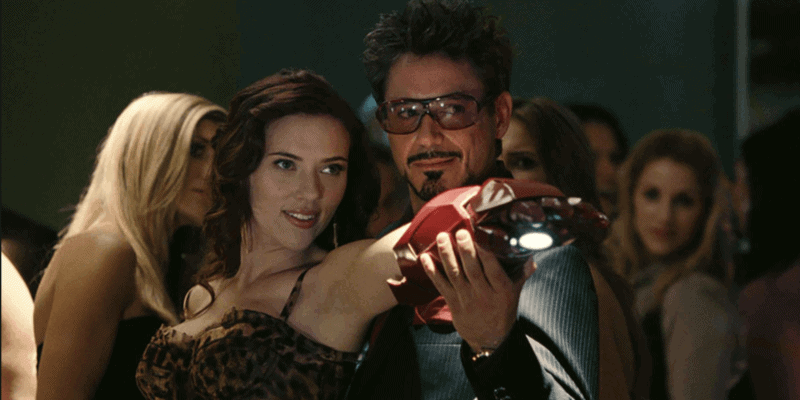 Avengers franchise fan-favorite Scarlett Johansson (Natasha Romanoff/Black Widow) is finally about to get her just due with her prequel film. Black Widow (2021) is hitting theaters and the Disney+ Premier Access tier on July 9 after being delayed for over a year due to the COVID-19 pandemic.

Now that the Marvel Studios film is finally about to release, Johansson has been making the press rounds to talk about the upcoming Marvel Phase 4 project, which is set to introduce villain, The Taskmaster. into the Marvel Cinematic Universe.

In a recent Collider interview, the Hollywood star shared details about Romanoff’s portrayal in her MCU debut, Iron Man 2 (2010). She said:

“Obviously, 10 years have passed and things have happened and I have a much different, more evolved understanding of myself. As a woman, I’m in a different place in my life, you know? And I felt more forgiving of myself, as a woman, and not — sometimes probably not enough. I’m more accepting of myself, I think. All of that is related to that move away from the kind of hyper-sexualization of this character and, I mean, you look back at Iron Man 2 and while it was really fun and had a lot of great moments in it, the character is so sexualized, you know? Really talked about like she’s a piece of something, like a possession or a thing or whatever — like a piece of a**, really. And Tony even refers to her as something like that at one point.”

As the Avengers Infinity Saga drew to a close in recent years, of course, Marvel fans had to watch both Romanoff and Iron Man/Tony Stark (Robert Downey, Jr.) die in Avengers: Endgame (2019).

Johansson’s character sacrificed herself to save Hawkeye/Clint Barton (Jeremy Renner), while Downey, Jr.’s Stark met his end during the final battle with Thanos (Josh Brolin), with Pepper Potts (Gwyneth Paltrow) by his side.

In her Collider interview, Johansson went on to express her happiness at watching the evolution of both female role models in general — and her own character — over the course of the past decade, particularly looking forward to Natasha’s portrayal in the upcoming Marvel movie:

“Maybe I even would have, you know, my own self-worth was probably measured against that type of comment or, like a lot of young women, you come into your own and you understand your own self-worth. It’s changing now. Now people, young girls, are getting a much more positive message, but it’s been incredible to be a part of that shift and be able to come out the other side and be a part of that old story, but also progress. Evolve. I think it’s pretty cool.”

Romanoff’s prequel story is set to be a female-centric film as Johansson’s Black Widow and Yelena Belova (Florence Pugh) explore their sisterly bond, thanks to the years of twisted assassin training they underwent together in the Red Room.

Disney+ officially describes the movie as:

In Marvel Studios’ action-packed spy thriller “Black Widow”, Natasha Romanoff aka Black Widow confronts the darker parts of her ledger when a dangerous conspiracy with ties to her past arises. Pursued by a force that will stop at nothing to bring her down, Nastasha must deal with her history as a spy and the broken relationships left in her wake long before she became an Avenger.

What do you think about Scarlett Johansson’s take on Natasha’s portrayal in her first MCU appearance? Are you excited about the new Black Widow movie?