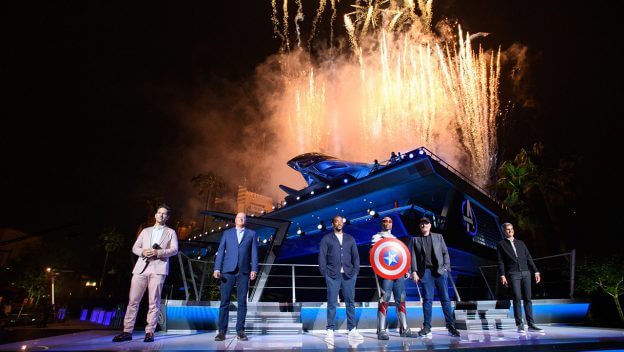 It’s not a secret that fans should expect Avengers Campus to be filled with references and Easter eggs about the Marvel Cinematic Universe. After all, the land itself is a love letter to Marvel and the movies that it’s given the world over the years — and a love letter to the fans as well.

But what about an Easter egg for Avengers Campus in Avengers: Endgame? Yes, before the land was even fully built, the movie had a tiny nod to Marvel’s first fully themed land. It was confirmed by Scot Drake, creative executive for Marvel’s global portfolio, who revealed the information this week.

“My favorite Easter egg is actually in a film, Avengers: Endgame,” Drake said, according to ComicBook. “There is a tease towards the Quinjet that we designed specifically for Avengers Campus. That’s how close we’ve been with our studios partners, that not only are we providing Easter eggs that link back to the films, but we’re starting to see this kind of connected growth of the universe where now they’re teasing things from the park. So that was definitely my highway.”

The Quinjet is a staple of the Marvel Universe, as our heroes have flown it in numerous films. It can be seen at Avengers Campus atop the Avengers Heardquarters as a main part of the land, and now — knowing it appears in Endgame — we know it’s definitely connected to the Marvel Universe.

“When we set out to create these extraordinary Super Hero experiences across the globe, we designed a new Spider-Man attraction for Disney California Adventure Park in an immersive land with amazing character experiences. We also crafted an original story that ties all the experiences together in ways that are authentic to these characters. We worked side-by-side with teams that brought the Avengers films and comics to life to create a place that champions the next generation,” Drake said in a press release.

Diehard fans can see all their favorite characters and discover all the fun new food when Avengers Campus opens to the public on June 4.

What are you excited to see at Avengers Campus? Let us know in the comments!