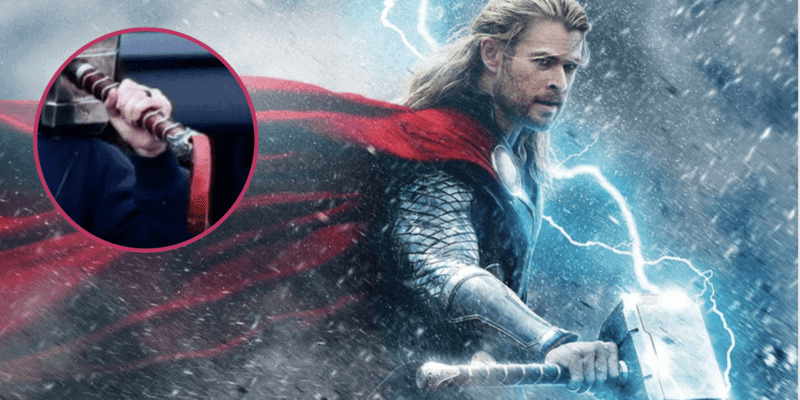 A person with the National Archives and Records Administration carries a large hammer engraved with the word 'Trump,' and more scenes of personnel moving items out of the White House: https://t.co/5QPSUEcJdu ? @erinscottphoto pic.twitter.com/ygzqREMuKL

While this might not normally seem like pertinent news for the Marvel fandom, in a surprising twist of events, the White House move-out has become a source of amusement for Avengers franchise fans everywhere.

A person with the National Archives and Records Administration carries a large hammer engraved with the word ‘Trump,’ and more scenes of personnel moving items out of the White House

The hammer, of course, is not the real Mjölnir from the Avengers movies and the Thor films — we all know only a few Marvel characters, including god of thunder Thor (Chris Hemsworth in the MCU) and his father Odin (Anthony Hopkins in the MCU), can lift that hammer.

Furthermore, it’s highly unlikely that S.H.I.E.L.D — we see you, Nick Fury and Agent Colson —  would trust the White House to keep Thor’s hammer safe and sound — they would much rather have it at their headquarters or on Asgard.

Back to reality, nobody seems entirely certain why President Trump had a “Trump” emblazoned version of the iconic Marvel hammer, but it does seem likely that the piece of memorabilia will go to his personal collection, not to the National Archives.

Other items spotted during the move out included a rug from the West Wing of the White House, a giant, framed photograph of Trump and Chinese President Xi Jinping, and a bust of Abraham Lincoln. It’s unclear how many of these items were being taken for President Trump’s personal amusement and which are being donated to the National Archives and Records Administration or his eventual Presidential Library. The hammer it seems will be going to the former.

No one at Marvel has spoken out about seeing the hammer of Thor with Trump’s name on it, but it would no doubt draw the ire of some if they noticed it. Earlier this week Jack Kirby’s son Neal denounced the use of Captain America imagery and props by the violent mob which took siege of the U.S. Capitol building last week…

As for the Marvel Cinematic Universe’s Mjölnir, it’s likely to next appear in Thor: Love and Thunder, slated for a 2022 release. The highly anticipated Taika Waititi film is set to feature not only Thor characters — including Jane Foster (Natalie Portman) and Hemsworth reprising his title role — but Guardians of the Galaxy stars like Peter Quill/Star-Lord (Chris Pratt) and Gamora (Zoe Saldana).

What are your thoughts on this Marvel fandom moment at the White House?