Melissa McCarthy Releases Audition Tape for 'Thor: Love and Thunder' - Inside the Magic 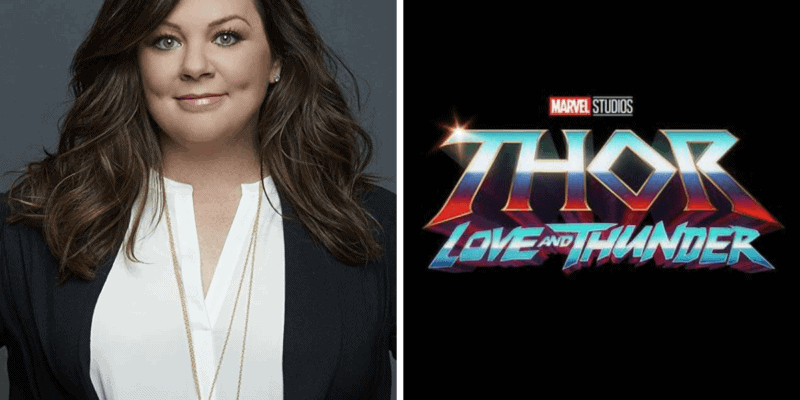 If you are a Marvel fan, 2020 has been kind of a bust in the superhero department. Marvel has not put out a new movie or television show for 20 months, making it the longest Marvel Studios dry spell in over a decade. It seems that even superstar actress Melissa McCarthy is missing Marvel on the big screen as she sent in a fabulous audition tape for the upcoming Thor sequel, Thor: Love and Thunder.

Recently we spoke about Melissa Mccarthy’s upcoming role in the live-action The Little Mermaid movie that is currently in production at Disney. However, it seems that Melissa is hungry for a more action-packed project, as she recently took to her social media along with her husband Ben Falcone to audition for Thor: Love and Thunder. You HAVE to see this!

Of Course, they tagged both Chris Hemsworth the star of the movie, and director Taika Waititi.

Currently Thor: Love and Thunder is being filmed in Australia. However, filming for this movie was temporarily delayed due to the ongoing pandemic. The latest official casting to come out about the film is that Christian Bale will be joining as the villain, Gorr the God Butcher. You can read more about Bale’s involvement in the film here.

Little is known for certain about the storyline of Thor: Love and Thunder, but fans are expecting to see Natalie Portman become Lady Thor. We also know the event will take place after Avengers: Endgame, and include the Guardians of the Galaxy.

The Marvel website has this film slated for a May 6th, 2022 release date, but gives no other information for the movie. We cannot wait to see this new installment in the Thor franchise from Marvel and Taika Waititi! Waititi will also be directing the next major Star Wars film, which you can read more about here.

While we may not see Melissa McCarthy or Ben Falcone in the upcoming Thor movie, it would be hilarious to see them get a cameo after such an incredible audition!

Are you excited for Thor: Love and Thunder? Let us know in the comments!