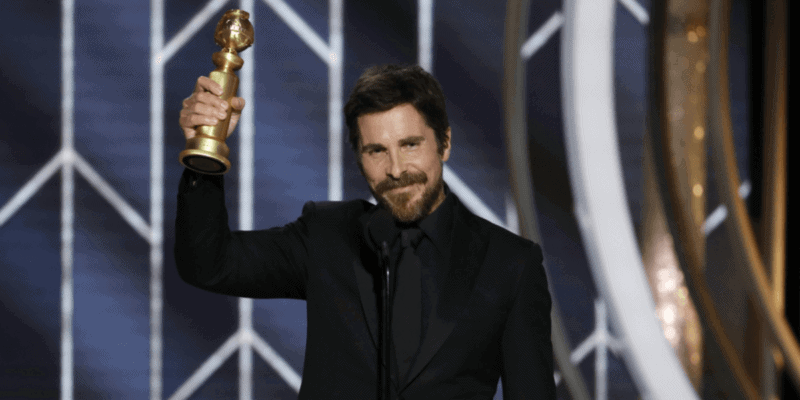 The third film in the beloved Thor franchise is currently scheduled for a February 11, 2022, theatrical release. Marvel stated that the movie’s production and filming would occur in early 2021, but Bale has apparently arrived ahead of filming. ComicBook.com shared a video of Chris Hemsworth’s co-star landing in Sydney earlier this week.

In early September 2020, it was originally reported that some of the cast for the upcoming Marvel film had arrived in Australia. The cast is assumed to be getting physically prepped and going through costume fitting and rehearsals.

There are a few months between now and the start of official filming, but it will be no surprise if Bale goes through another insane body transformation to get ripped for the new Marvel Studios movie. After all, the actor is known for drastically altering his physique for various roles. His character portrayals are like none other, and his work in the fourth Thor film will be no exception.

Taika Waititi’s Thor has taken a turn for the better of Marvel. The Thor franchise was suffering after Thor: The Dark World, but Waititi’s infusion of comedy and realism into Hemsworth’s character and co-star Tessa Thompson. Bale’s character will have to be quite the character to go against Mighty Thor and King Valkyrie.

Not Another Superhero Movie

Bale is one of the most respected method actors in Hollywood and has arguably made the superhero genre what it is today. Before helping bring director Christopher Nolan’s legendary Dark Knight trilogy to life, movies about comic book heroes were box-office flops. After Batman Begins and The Dark Knight, Marvel made films like Iron Man and Captain America: The First Avenger — once Bale helped to prove that superhero movies could, in fact, be profitable.

However, it seems peculiar that the DC superhero would star in another superhero movie after sharing his disinterest in them. In a 2017 interview, the actor stated:

I’m not interested in doing that… I can’t remember a single superhero film that I’ve ever watched. Apart from the ones I made and, like, the Christopher Reeve Superman films.

Batman actor Bale is the second DC-alum to make the jump over to Marvel. After considering his comments about not wanting to appear in another superhero movie, perhaps Bale is ready to play a one-off villain and bring a whole new performance to villains in Marvel movies.

Thor: Love and Thunder are scheduled to being filming after the completion of Shang-Chi and the Legend of the Ten Rings. The back-to-back production of both Marvel movies is taking place at Fox Studios Australia in Sydney.

Thor: Love and Thunder will be directed by Taika Waititi and star Chris Hemsworth (Thor), Natalie Portman (Jane Foster/Female Thor), Tessa Thompson (Valkyrie), and Christian Bale (role unknown at this time). The film is currently scheduled to come out on February 11, 2022.

Are you excited to see the new Thor film? Let us know in the comments below!

Comments Off on Christian Bale Goes Down Under For ‘Thor: Love and Thunder’