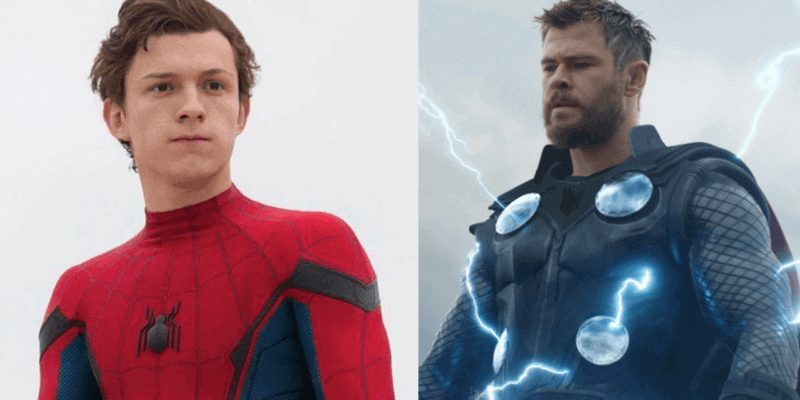 So according to some inside sources (that means take everything with a pinch of salt), Tom Holland is really keen to work with Chris Hemsworth again for a future Marvel movie.

The two have become great friends over the last few years, working together on Infinity War and Endgame and starring together in In the Heart of the Sea back in 2015.

While it would be incredible to see Thor and Spider-Man team up in a future movie, there is a lot of uncertainty on the future of the Thor character (at least in his current form) in the MCU. Chris Hemsworth has been in the role since the original movie back in 2011 and is currently one of the last original Avengers still working with Marvel after the exit of Iron Man, Captain America (at least the version that Chris Evans plays), and Black Widow.

Related: Who is the strongest Avenger?

We’re hoping that Thor: Love and Thunder isn’t the last time we see Chris Hemsworth in the role but at this point, there is no way to be sure.

As for the thought of Spider-Man and Thor teaming up together in a movie? Well, it could work, but unlike Iron Man and Spidey, Thor is a little less grounded in reality. Unless the movie were to take place on Earth, it would be hard to make proper use of Spider-Man’s powers and make him seem useful enough that he isn’t just an annoyance to Thor. The other option is a future Avengers movie where the two spend more time together than they did during the events of the last two movies.

In the meantime, Tom Holland has enough to be thinking about given the future release of the yet to be titled, Spider-Man 3 which could be the last time we see him appearing within the MCU.

Would you like to see Thor and Spider-Man together in a movie? Let us know in the comments below!

Comments Off on Could Spider-Man and Thor Team Up in a Future MCU Movie?