Can Marvel's Feige Bring the Force Back to 'Star Wars'? - Inside the Magic 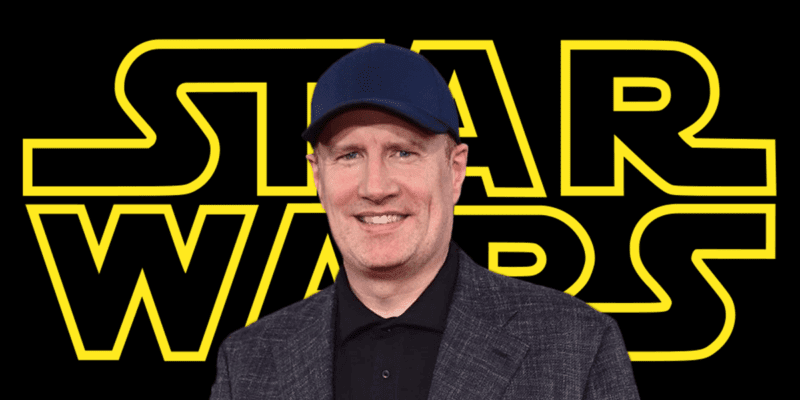 Star Wars has never had a brighter future. With multiple new Star Wars projects announced, both original streaming series for Diseny+ and feature-length films, everyone’s favorite galaxy will come alive like never before. After the Star Wars sequel trilogy debacle that divided an entire fan base, Lucasfilm is handing over a creative pen — at least for one upcoming movie — to Marvel Studios’ head honcho Kevin Feige.

The Skywalker Saga era ended with disappointment, but then, The Mandalorian unexpectedly breathed new life into the franchise. Showrunner Jon Favreau and executive producer Dave Filoni gave Star Wars fans a new hope — literally — in the galaxy by highlighting nostalgia (including bounty hunter Boba Fett in Season 2 of The Mandalorian) and opened new gateways to a brighter future with the live-action addition of Bo-Katan Kryze (played by Katee Sackhoff) and Ahsoka Tano (played by Rosario Dawson).

The success of The Mandalorian has been unparalleled by any other Star Wars project in recent years and, now, Favreau, Filoni, and executive producer Robert Rodriguez are leading Lucasfilm in the right direction with The Book of Boba Fett and Star Wars; The Bad Batch coming to Disney+ this year.

A lot is going for Star Wars, and that’s a good thing. While The Rise of Skywalker (2019) certainly didn’t feel like a Star Wars movie to most fans, who mostly accused it of reusing old story arcs instead of advancing the tale, Lucasfilm was awakened and decided to take a “step back.”

Lucasfilm’s decision to bring in Marvel’s breadwinner, Kevin Feige, a titan in the entertainment industry who is used to breaking box-office records like they’re cheap aux chords without sacrificing great storylines, was a smart move. In no way should Lucasfilm writers and creative forces focus solely on making a big profit, but rather shift their attention to storytelling.

Like what showrunner Jon Favreau and Dave Filoni did with The Mandalorian, Feige is primed to resurrect Star Wars in the box-office as he did with Marvel. In 2008, Iron Man shocked the world. Never before had the superhero genre in the cinema seemed so appealing. Jon Favreau and Kevin Feige hit gold and kept the streak going. Of course, there were a few hiccups (let’s forget about Iron Man 2 and Thor: Dark World). Still, Marvel somehow tied together 21 feature films into one cumulative into a powerful final act: Avengers: Endgame (2019).

The overwhelming sense of connection and originality in an already familiar universe that has been present in Marvel films can happen with Star Wars. While the exact nature of Kevin Feige’s involvement with an upcoming Star Wars picture is unclear, he’s recently stated that he’s only attached to one film. However, that’s all we need! One strong film to booth the franchise, and we could be seeing an entirely new Star Wars universe that’s on the Avengers level.

Feige is capable of breaking down the walls of tried-and-true Star Wars arcs and combining forces with the like of Favreau and Filoni to create a new setting in a familiar galaxy.

While it is currently unclear if Lucasfilm would return to a trilogy format in the future, Lucasfilm President Kathleen Kennedy previously stated:

“I think it [not focusing on trilogies] gives us a more open-ended view of storytelling and doesn’t lock us into this three-act structure. We’re not going to have some finite number and fit it into a box. We’re really going to let the story dictate that.”

Strengthening the fact that Lucasfilm may be ditching trilogies was the confirmation of Wonder Woman 1984 director Patty Jenkins being set to direct to Star Wars: Rogue Squadron (2023), a presumably standalone Star Wars feature film. On top of that, Thor: Love & Thunder director Taika Waititi works on an untitled Star Wars film that does not seem to connect to Jenkins’s project.

At some point, Disney/Lucasfilm will need to parallel the original trilogies’ success in a brand new format, even if the films aren’t attached as a trilogy. Kevin Feige’s influence over Marvel has been mostly successful and welcomed by fans. This new start of standalone films hold the possibility of bringing a new, yet familiar, Star Wars universe to the big screen.

Do you think that Kevin Feige can help Star Wars? Let us know in the comments below!

Comments Off on Can Marvel’s Feige Bring the Force Back to ‘Star Wars’?