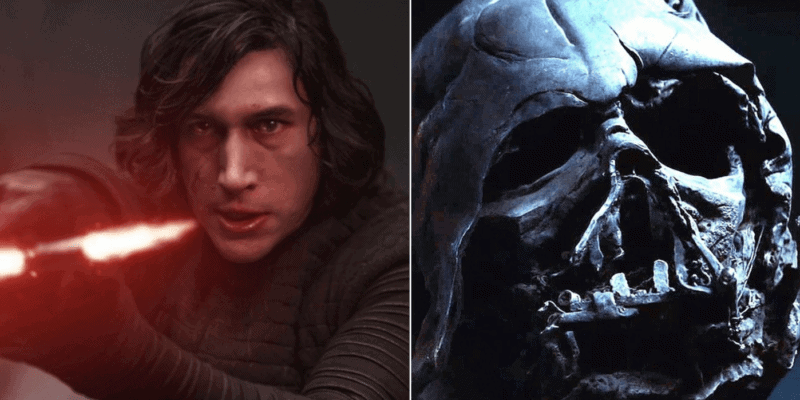 Long before Ben Solo (Adam Driver) joined Supreme Leader Snoke’s ranks as Kylo Ren, leader of the Knights of Ren — and long before Luke Skywalker (Mark Hamill) and Princess Leia Organa (the late Carrie Fisher) knew who their father was or even that they were siblings — there was Darth Vader.

First introduced — with the voice of James Earl Jones and the physicality of the late David Prowse — in Star Wars: Episode IV – A New Hope (1977), Vader became one of the most iconic movie villains of all time.

His legend has crisscrossed the Star Wars story, from all nine films in the Skywalker Saga to the animated Star Wars Rebels series to the delightfully campy LEGO Star Wars franchise, and just about everyone knows who this Sith Lord is thanks to his pop-culture popularity, whether or not they are actually a Star Wars fan.

Even in the Star Wars sequel trilogy — which begins about 30 years after Darth Vader’s death in Star Wars: Episode VI – The Return of the Jedi (1983) — the Dark Lord is not far from anyone’s mind.

As a matter of fact, his grandson, Kylo Ren — the son of Han Solo (Harrison Ford) and Leia — practically worships the dark side’s biggest icon, even keeping his misshapen helmet as a relic of his twisted legacy.

Now, as it turns out, Vader might have actually helped his wayward grandson more than any of the Star Wars fan base previously realized. ScreenRant has shared details about the ongoing Marvel Comics Darth Vader series by writer Greg Pak and Raffaele Ienco:

…his [Vader’s] journey to the Sith world of Exegol was much more perilous than it was for his future grandson Kylo Ren. In the Star Wars: The Rise of Skywalker [Star Wars: Episode IX – The Rise of Skywalker (2019], Ren was able to obtain the Sith Wayfinder with minimal resistance, and navigate to the Sith world with relative ease. In comparison, Vader has had to endure intense dangers and threats on his own journey, set just after Empire Strikes Back [Star Wars: Episode V – The Empire Strikes Back (1980)], and all before he’s even reached the planet itself.

In the Darth Vader comics, Vader, after being unceremoniously dumped by Darth Sidious/Emperor Palpatine (Ian McDiarmid) on fiery Outer Rim planet Mustafar, has already had to rebuild his limbs from droid scraps, evade Sith assassin Ochi of Bestoon, and obtain the sequel trilogy’s Sith Wayfinder from the Eye of Webbish Bog.

Then, there’s the Red Horror monster who has yet to be fully explored in the Marvel series.

Just imagine if Kylo Ren had had to do all of this on his own.

In Ren’s journey, the Sith Wayfinder simply allowed him to navigate the solar storms and black holes riddling the Unknown Regions of space where Exegol resides.

Between the Eye of Webbish Bog, the Red Horror, and any other threats that lie ahead, Vader’s journey has been much more of a gauntlet than Ren’s was, likely exactly because Darth Vader happened to remove certain obstacles from Kylo Ren’s path years beforehand.

Will Darth Vader and Kylo Ren return to Star Wars?

As far as Kylo Ren, there is a chance he could reappear — perhaps as Ben Solo destroying Luke Skywalker’s Jedi Academy — in The Mandalorian or one of its multiple spinoffs.

As of right now, though, nothing about the future of Kylo Ren/Ben Solo — or Adam Driver, for that matter — in the Star Wars universe has been confirmed.

What do you think? Did Darth Vader knowingly pave the way for Kylo Ren’s dark side success or was it all simply a coincidence?