Marvel Says 'Eternals' Will be Bigger than 'Endgame' - Inside the Magic 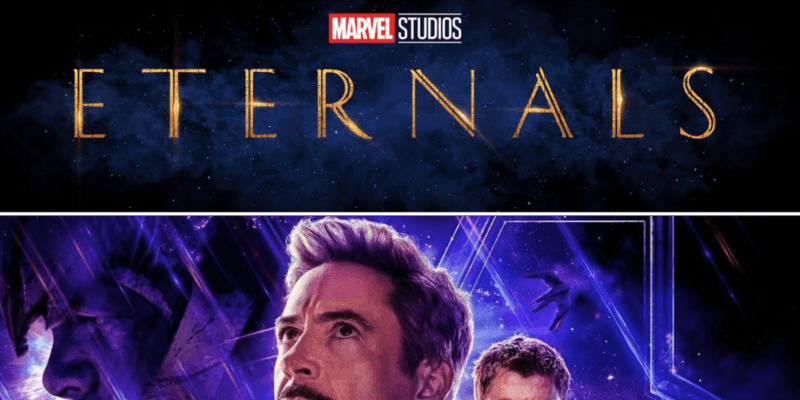 Marvel’s The Eternals director, Chloe Zhao, and studio executive, Kevin Feige, claim that the new film will be bigger than Avenger’s: Endgame.

In a new interview with The Hollywood Reporter, director Chloe Zhao stated:

A bold statement considering that Avengers: Endgame is the highest-grossing film of all time, which served as the apex for more than a decade’s worth of movies (22 in total). Feige claims this will be a groundbreaking movie for Marvel Studios and fans-alike.

Related: Robert Downey, Jr. Confirms He Is “All Done” With Marvel

Kevin Feige, President of Marvel Studios, stated that the plan for The Eternals is to compete with Endgame in terms of size and scope. Kevin told The Hollywood Reporter:

“Her initial pitch to us was fascinating,” Feige added. “And frankly one of the reasons we moved forward on the movie was because of the vision that she brought to it.”

Eternal’s was initially scheduled to release in November of 2020, but due to COVID-19, the release was pushed back to February 12th, 2021.

In May, The Eternals leading man, Kit Harrington, announced that filming for the movie was completed before the Hollywood shutdown from COVID-19.

With Hollywood slowly reopening, and production on movies and T.V. shows resuming, Marvel’s The Eternals is starting to continue and finish production in the coming months.

We’ve recently seen shows like The Mandalorian resume and finish production in the past weeks, and we hope this is the same for Marvel’s new film.

Related: Release Date for Season 2 of ‘The Mandalorian’ Confirmed!

With an all-star cast consisting of Angelina Jolie, Kit Harrington, Richard Madden, Kumail Najiani, and Salma Hayek, Marvel has given The Eternals the top-slated release for next year.

Unlike Marvel and 21st Century Fox’s The New Mutants opening to dismal reviews and a low-gross after being reshot and rescheduled for nearly two years, The Eternals is set for 2021 with the original storyline.

Spider-Man: Homecoming 3 (December 3rd), Shang-Chi and the Legend of the Ten Rings (May 5th), and The Eternals (February 12th) are all scheduled to release in theaters next year.

Hopefully, by then, theaters will resume operation nationwide, and studios can avoid releasing films on-demand.

We’ve yet to receive a trailer for The Eternals, but many speculate we’ll see one by the end of the year!

What are your thoughts on The Eternals? Will theaters reopen by then?

Comments Off on Marvel Says ‘Eternals’ Will be Bigger than ‘Endgame’