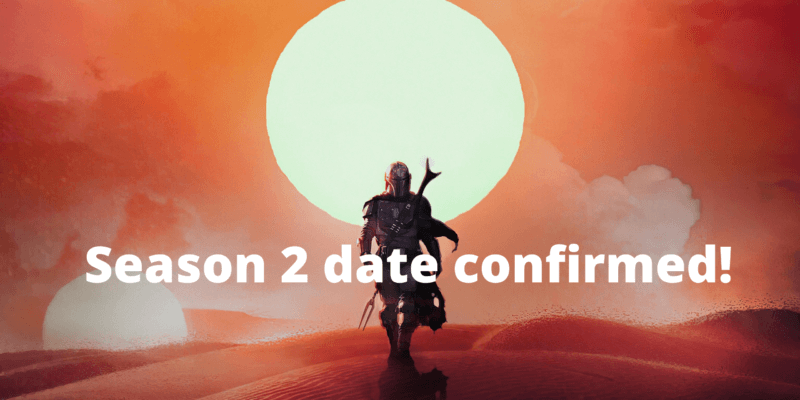 This is the way! We finally have the release date of Season 2 of The Mandalorian! We knew it was coming in October but now Star Wars has finally confirmed a date, October 30th is when we will be able to see what happens to Baby Yoda, Mando and how the team will introduce Ahsoka Tano!

This is the day. New Episodes Streaming Oct. 30 on #DisneyPlus. #TheMandalorian pic.twitter.com/ZlJua6SEP8

We knew previously that season 2 was on track for an October release but the date is something that was just announced and it looks like they are meeting the deadline with just one day to spare. While it is a little annoying that we’re going to have to wait until the end of October to see season 2, it makes sense given that season 1 was out in November last year. If anything we are lucky to be getting it slightly earlier!

The big news for season two if of course, that former Jedi Ahsoka Tano will be joining the cast. There was originally a bit of controversy in the hiring of Rosario Dawson over voice actor Ashley Eckstein but we think that she is going to do a great job in the role.

Fans are more excited to see what will become of young Baby Yoda (or ‘The Child’ as he’s officially known). We have a feeling that he’s going to get into even more trouble with the remnants of the Empire in the next season.

With the announcement, we would also expect a trailer to be on the way soon. Nothing has been teased by Disney yet but we’d be surprised not to see one crop up in the next couple of weeks.

Either way, October 30th can’t come soon enough and we will be there as soon as episode one launches to see Mando, Baby Yoda and hopefully Ahsoka appear in the first episode!

Are you looking forward to Season 2 of The Mandalorian? Let us know in the comments below!

Comments Off on Release Date for Season 2 of ‘The Mandalorian’ Confirmed!