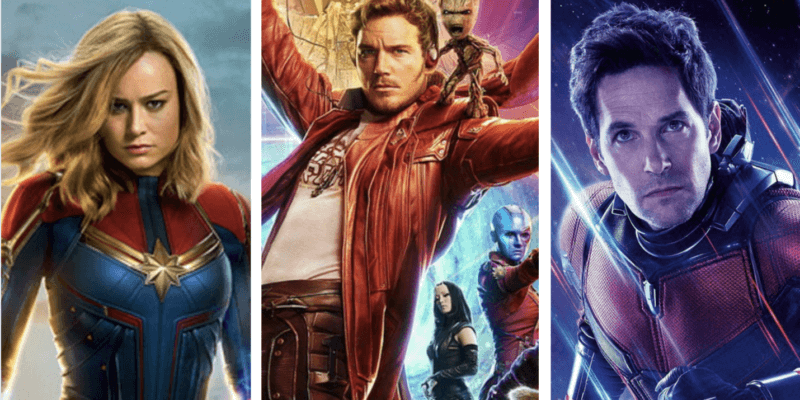 Marvel fans have been patiently waiting for pretty much all of 2020 for some good news. First, Black Widow’s release date was pushed back. Then, the opening of Avengers Campus at Disneyland Resort was delayed. Then, Eternals got pushed to 2021.

Finally, however, there’s some good news for the Marvel Studios faithful! The 2023 Disney film release schedule has just come out and it’s a doozy for Marvel fans. Four films are on the docket.

Twitter user @BrandonDavisBD shared the upcoming Disney release schedule, which details when the quartet of untitled Marvel films are set to come out.

While The Walt Disney Company and Marvel Studios have yet to confirm which titles will be coming out in 2023, possible movies include Ant-Man 3, Captain Marvel 2, Blade, and Guardians of the Galaxy 3.

Marvel, like all other major motion picture studios, had to delay or postpone production on all of their upcoming films as a direct result of the pandemic.

One of the movies that was put on-hold was Marvel’s upcoming Shang-Chi and the Legend of the Ten Rings, which had just begun principal photography prior to the shutdown.

Earlier this year, Simu Liu, who will be making his major studio debut in the movie, told the Los Angeles Times:

“As badly as I want to get back to work and start making things again, I think our collective priority should be supporting our essential workers until either a vaccine is created or this disease is brought under control. Neither of those things have happened, so I’m focused on staying home, keeping busy and giving what I can to ensure that people working on the front lines have the protective equipment they need.”

Marvel has not yet confirmed when any of the films mentioned in this article will officially begin production, but it is certainly encouraging to see four Marvel Studios movies on the 2023 Disney film release schedule.

Which four theatrical release Marvel movies are you hoping to see in 2023?