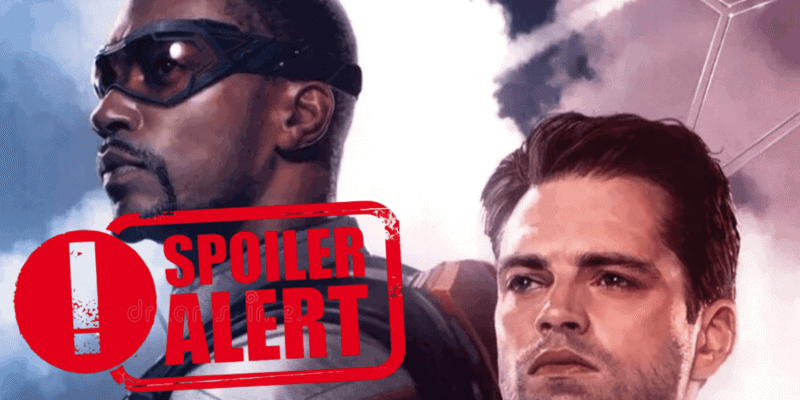 Merchandise spoilers, you’ve done it again. The Falcon and the Winter Soldier isn’t coming out until next year, but an ill-thought-through bit of Marvel merch has told us something significant about a key character: Sharon Carter / Agent 13, as played by Emily VanCamp.

The observation came from Marvel News’ Twitter page and was reported on by Comicbook.com.

So, if you don’t want to know what’s been going on with Peggy Carter‘s (Hayley Atwell) great-niece ahead of the season premiere, look away now! There are spoilers ahead.

Related: Sony Turned Down The Chance Of Buying Marvel TWICE. Here’s Why..

Sharon Carter is a wanted woman in the new show

A sticker and trading card based on the new Disney+ series confirms that Sharon has been on the run since the events of Captain America: Civil War. The merch sees her in a hoodie with the words ‘wanted’ across her face. Let’s take a look:

As you’ll recall, Sharon helped Steve Rogers’ team during the civil war between the Avengers, with the other side led by Tony Stark / Iron Man. When we last saw Sharon, she shared a slightly odd kiss with Steve, before returning essential superhero gear to him, Falcon, and the Winter Soldier. This included Steve’s shield and Sam’s wings.

It makes total sense that Sharon would be back on the side of Sam and Bucky in the new show, particularly as the original Captain America is happily back in the past with Peggy. She may end up playing a pivotal role in asserting Sam’s right to become the new Captain America.

It’s a big deal to see Sharon Carter back in the MCU. The character was last seen in Captain America: Civil War, a film that is now four years old. Additionally, she was conspicuously absent during the events of Avengers: Infinity War and Endgame. She had previously featured in Captain America: The Winter Soldier too.

However, her absence does kind of make sense as those films already had an insane amount of characters to juggle. Against the universe ending threat of Thanos, this super-spy probably wouldn’t have added too much.

Still, it’s great to see Sharon back where she belongs, even if some of the detail of her return has been spoiled. We’re excited to see Sharon and other returning Marvel characters like Daniel Brühl’s Helmut Zemo and Kat Dennings’ Darcy Lewis back in action when the show finally launches.

The Falcon and The Winter Soldier will come to Disney+ at some point in 2021. It stars Anthony Mackie and Sebastian Stan as well as Wyatt Russell, and of course, Emily VanCamp.

Related: ‘Mandalorian’ Actor Discusses Being a Person of Color in an Empire Inspired by Fascism

What do you think? Does this reveal bother you? Let us know in the comments below.

Comments Off on ‘Falcon and Winter Soldier’ Merchandise Reveals Spoilers!