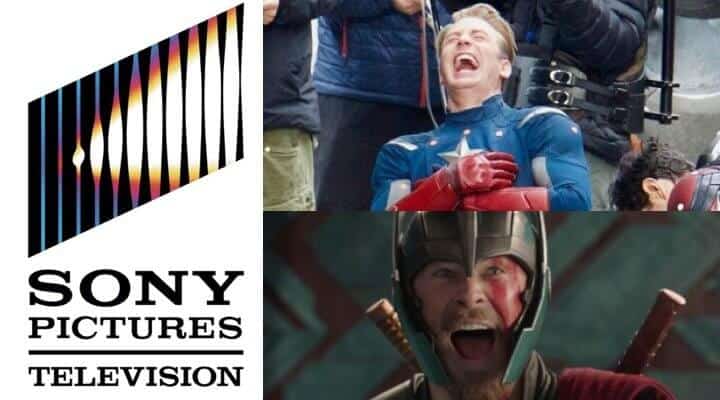 It’s difficult to imagine a time where Marvel wasn’t owned by Disney. Marvel Studios, Kevin Feige, and the Marvel Cinematic Universe have all become huge parts of the brand identity of the Mouse, appearing in theme parks, merchandise, and of course; movies.

However, it wasn’t always this way. Just as Disney had its difficulties in the 80s, during the 1990s, Marvel Comics was in a bad way. Back in 1996, with $700 million of debt, the world’s best-known superhero creators were desperate to find a buyer. With the state of Marvel’s movies now, that amount seems almost paltry to consider, as that amount is roughly the box office performance of a successful solo MCU movie.

But that’s how it was. And aside from a few minor sniffs of interest from companies like Warner Bros, Marvel wasn’t having much luck finding a buyer.

In his book The Pig Picture: The Future of Movies, Ben Fritz tells us that Sony Pictures was, in fact, the company that came closest to buying Marvel at that time.

But there was a catch. They weren’t interested in Marvel. They only wanted one intellectual property; one character, in fact. Three guesses who the only Marvel hero they wanted…

Sony figured that the powerful icon that was Spider-Man was the only Marvel character worthy of a film adaptation. If only they could leap forward in time and see Infinity War and Endgame. Oh boy; Marvel is so much more than Spidey, Sony.

The deal never went through and Marvel continued to look for a new deal.

Surprisingly, just two years later another opportunity for a Marvel Sony deal presented itself. Sony offered Marvel a mere $25 million for the rights to every superhero, villain, and other Marvel character it owned. Every. Single. One. We’re talking The Avengers, The Fantastic Four, Captain America; everyone.

You have to put yourself in the mindset of the time, though. In the 90s, there were barely any successful superhero movies. The only movie that had done super well was Tim Burton’s Batman in 89′, and that was so far off the source material it may as well have been its own franchise.

Pretty much the same thing. The studio never reached a deal with Marvel, because unlike the fans, the only character they wanted to star in a film was Spider-Man. He’s not even the strongest avenger guys!

A Sony led Marvel superhero universe was once again off the cards.

And the Rest is history

As we know, Marvel went on to sell the film rights of its characters to a number of different studios; something we’re still feeling the repercussions of today. Fox took the film rights to The Fantastic Four and The X Men, while Disney eventually bought up the (at the time) B tier Marvel characters like The Avengers (LOL – hindsight is 2020) and formed Marvel Studios.

And yes, Sony finally got their long-sought Spider-Man film and (sort of) franchise.

Spidey’s journey to film has been a long one, but I for one am happy it turned out this way. The Tobey Maguire Spider-Man films are hammy, sure; but I love em, as do many Marvel fans. And as we know, Disney’s decision to partner with Sony would have huge ramifications for the Marvel Cinematic Universe when star Tom Holland took the role of the hero and weaved in Peter Parker’s story into the MCU, starting with Captain America: Civil War.

Sony continues to work on their ‘Spider-Verse’, with characters like Tom Hardy’s Venom, but I reckon’ they’re still kicking themselves for their decisions regarding Marvel in the nineties. Imagine, a Sony-led Marvel Cinematic Universe.

Having seen what they tried to do with the Amazing Spider-Man series, all I can say is thank goodness for Disney and, more specifically; lead producer Kevin Feige.

This is why the head honchos of Hollywood should be fans of the properties they produce. Every movie in the MCU is a case study for the effectiveness of that ethos.

What do you think about this dramatic turn of events? Do you like the Disney led Marvel Cinematic Universe? Would you have been interested to see the Homecoming series without Disney’s involvement? Or is the current Sony Marvel collaboration the best way forward? Let us know in the comments below.

Comments Off on Sony Turned Down The Chance Of Buying Marvel TWICE. Here’s Why..