Everything Coming to Disney+ in February 2021 - Inside the Magic 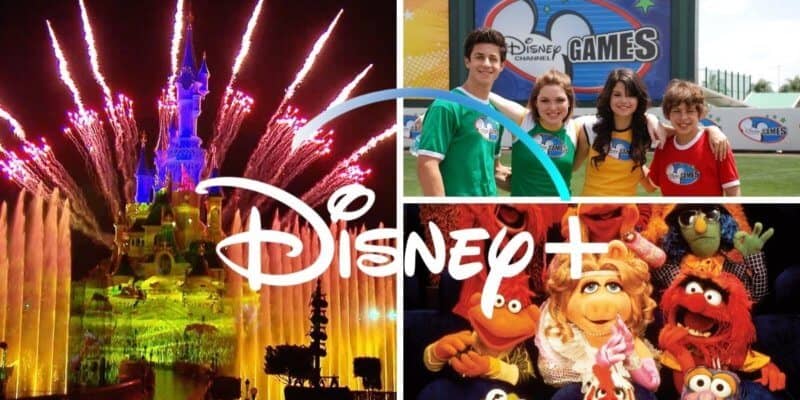 Disney+ is filled with so much content — from classic animated movies like The Lion King to Disney Channel TV shows like That’s So Raven and of course, several different Marvel, National Geographic, and Star Wars titles, including the ever-popular The Mandalorian.

And what’s even better is Disney+ continues to add content to the service. For example, during Disney’s Investor’s Day 2020, the company announced several additional titles coming to the service over the next few years– Including Star Wars content, Marvel content, Disney animated content, and more.

Since it can be difficult to keep up with what’s new to the service and what’s coming soon, we put together a complete guide to everything coming to Disney+ in February 2021, according to What’s on Disney Plus.

Note: this list isn’t complete and Inside the Magic will continue to update this article as Disney releases more information.

Sent to a school for magic, a girl and her new friends must learn to use their special but unpolished skills to save everyone from the forces of evil.

An American reality television series about commercial tuna fishermen based in the Outer Banks who fish for the lucrative Atlantic bluefin tuna off the coast of North Carolina. The teams of fishermen battle each other to see who can catch the most fish, while trying to earn their livelihood.

A documentary series of personal and cinematic stories that provide an inside look into the people, artistry, and culture of Pixar Animation Studios.

Life Below Zero: The Next Generation (Season 1)

This series follows the drama and hardships experienced by Alaskan households in different corners of this merciless territory as they battle to survive, thrive, and live life on their own terms.

Can Iron Man and this rag-tag group – Captain Marvel, Spider-Ham, Groot, and Throg – figure out what the Mad Titan Thanos wants and why they’ve been brought to this strange, new world?

Marvel’s Behind the Mask

Marvel’s Behind the Mask will explore the power of identity behind the world’s most iconic Super Heroes we know and love today. … Since the advent of the Marvel Age of Comics in the early 1960s, Marvel’s writers and artists have used the notion of identities to examine the evolving concept of equal rights

Cheaper by the Dozen

While raising twelve children, a middle-aged couple decides to pursue more demanding careers — He as a “Big Ten” university football coach, she as an author on book tour — only to discover that big families and big careers are a difficult mix.

Cheaper by the Dozen 2

Tom Baker and his wife, Kate, bring their clan together for a memorable summer getaway. But their dream vacation turns into an outrageous competition with the overachieving, overzealous family of Tom’s long-time rival, Jimmy Murtaugh.

An imaginative and creative 10-year old cynic never could have predicted that her little squirrel would be born anew as a superhero and have the uncanny knack for helping her and the lovable but broken people in her life.

The Book of Life

Should he follow in his family’s footsteps, or follow his heart? Young Manolo goes on a fantastic journey to discover the path his life could take. Zoe Saldana, Diego Luna and Channing Tatum lend their voices to this Golden Globe-nominated animated fable.

You can relive the early antics of Kermit the Frog, Miss Piggy, Fozzie, Gonzo and the gang, or watch them for the very first time in their hilarious variety show which features sketch comedy, original songs and guest performances from timeless and legendary stars such as Steve Martin, Elton John, Liza Minelli, Alice Cooper, Julie Andrews, Bernadette Peters, Diana Ross, Gladys Knight, Gene Kelly, Mark Hamill and so many more.

For this special pre-recorded viewing of “Disney Illuminations” at Disneyland Paris, you’re front and center for the amazing special effects and fireworks at Sleeping Beauty Castle.  Prepare to hold your breath and “ahhhh” as the show recreates iconic Disney moments in ways you never thought possible!

Fraternal twins Brady and Boomer are average teenagers until the day a representative from the country of Kinkow arrives at their Chicago high school to inform them that they are, in fact, heirs to the throne of the island nation. The boys relocate to claim their heritage, but it’s not as easy as it sounds. The island is home to a number of odd superstitions and customs, which clash with their American upbringing, and a disgruntled cousin tries to thwart their every move, hoping to claim the throne for himself. But Brady eventually leaves the island for good. After learning of that, Boomer intends to follow Brady, but a storm keeps Boomer on Kinkow. That same storm forces inhabitants of a nearby island to move to Kinkow. Among those new inhabitants is Boz, Boomer’s long-lost triplet brother. After discovering each other, Boomer and Boz get to know each other and learn to work together.

Disney Roll It Back (Season 1)

Jake is keeping a secret from his teachers and classmates — he’s a descendant of dragons! Still facing all the normal pitfalls of being 13, Jake is also in secret training to become the first American Dragon. With the help of Grandpa Lao Shi and 600 year-old Fu Dog, Jake seeks to protect all the magical creatures living amongst humans in Manhattan. Always on a skateboard, Jake befriends unicorns, leprechauns, and mermaids while aspiring to fulfill his Chinese-American heritage.

Mickey and his friends explore Singapore and Malaysia’s finest.

For this pre-recorded viewing of the grand opening of Shanghai Disney Resort, you’re front and center to experience the breathtaking music-filled event that showcases the beauty of Chinese art and tradition and brings magical stories and characters to life like never before!

Acting as a sort of prologue to Frozen II, and narrated by Evan Rachel Wood, Myth: A Frozen Tale immerses viewers in the world of the film and introduces you to the elemental spirits in a truly unique, spellbinding way. It was directed by Jeff Gipson, who previously directed the studio’s first VR short Cycles. Production designer Brittney Lee gives the environment unique flair, inspired in part by such Disney legends as Mary Blair and Eyvind Earle, while creating a look wholly her own.

An exploration of the wildlife and landscapes of the Okavango river in southern Africa, embarking on a journey along the river’s path.

A 12-year-old boy and a thrill-seeking classmate discover a secret portal that allows them to travel back in time and uncover clues about a mystery involving a girl who disappeared decades ago from a Louisiana town.

Which of these titles are you looking forward to most in February 2021? Let us know in the comments below.

Comments Off on Everything Coming to Disney+ in February 2021