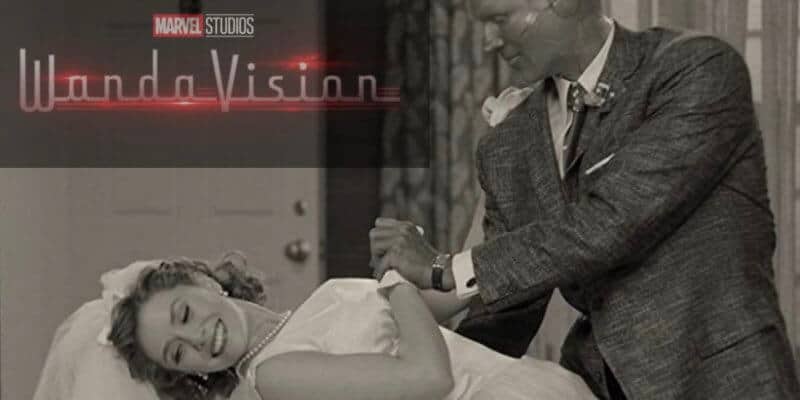 We a just about one month away from finally seeing the much anticipated Disney+ series, WandaVision!

As we have reported here at ITM in the past, not too much is known about the series. However, as we near closer to its Disney+ debut, the hype is starting to build. Even stars Elizabeth Olsen (Wanda Maximoff/Scarlet Witch) and Paul Bettany (Vision) are getting Marvel fans ready for the big debut all over the world!

A video of Olsen and Bettany has surfaced on Twitter of the two Marvel starts promoting the series to fans in Latin America. In the video Bettany promises the series will be, “… a feast for your eyes”. Olsen also claims that the WandaVision series will, “Keep you on your toes”.

“We invite you to enjoy WandaVision. We promise you it’s gonna be a feast for your eyes, keep you on your toes…” I NEED IT RN pic.twitter.com/mA2Ux8RNFW

This snippet comes to us as a part of a promotional video announcing Disney+ officially launching on November 17th in Latin America! However, this video did not give an official launch date for the series in Latin America or for the U.S.

What we do know about WandaVision can be summarized in a brief synopsis from Marvel Studios:

Marvel Studios’ captivating new series “WandaVision,” which premieres in late 2020 on Disney+. Starring Elizabeth Olsen and Paul Bettany, “WandaVision” marks the first series from Marvel Studios streaming exclusively on Disney+. The series is a blend of classic television and the Marvel Cinematic Universe in which Wanda Maximoff and Vision—two super-powered beings living idealized suburban lives—begin to suspect that everything is not as it seems.

So what does all of this mean for the series? It’s quite incredible that Marvel has been able to keep almost everything about this series tight-lipped and under-wraps. With that being said, we believe that viewers are in for something amazing and unlike anything Marvel fans have seen before! So when WandaVision does release on Disney+, it will be well worth the wait!

What are you excited to see from the new series? Let us know in the comments!