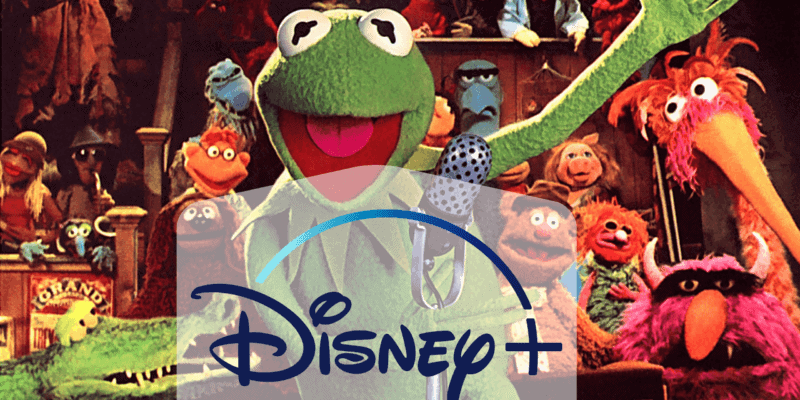 It’s an exciting morning to be a Muppets fan! Disney has announced that all five seasons of The Muppet Show are coming to the Disney+ streaming service!

The Jim Henson created original series premiered more than 45 years ago on television, and now it’ll be all in one place for Muppets fans to enjoy.

It won’t be long before you can relive the series with Kermit the Frog, Miss Piggy, Fozzie Bear, Gonzo, and all of your Muppet chums!

The Muppet Show will launch on February 19th

That’s right, in less than a month all five seasons of the series will be available to stream on Disney+. Here’s the official announcement from the Disney Parks Blog;

Today, The Muppets Studio has some exciting news to share, and something for which Muppet fans have long been requesting. For the very first time, all five seasons of “The Muppet Show,” which first debuted on television nearly 45 years ago, will be available for streaming on Disney+ starting February 19.  Seasons 4 and 5 were never previously available on home entertainment. You can relive the early antics of Kermit the Frog, Miss Piggy, Fozzie, Gonzo and the gang, or watch them for the very first time in their hilarious variety show which features sketch comedy, original songs and guest performances from timeless and legendary stars such as Steve Martin, Elton John, Liza Minelli, Alice Cooper, Julie Andrews, Bernadette Peters, Diana Ross, Gladys Knight, Gene Kelly, Mark Hamill and so many more.

To many, the original Muppet Show is the definitive Muppets experience. Long before A Muppet’s Christmas Carol and other bigger budget movie productions, the show became popular purely for its charm. And Jim Henson and Frank Oz’s incredible pupeteering and voicework, of course! The show quickly took off for its famous song work, quick wit, and celebrity guests.

The Muppets on Disney+

Disney first purchased the license to The Muppets way back in 2004. This was long before it purchased Lucasfilm and Marvel. Since then, the brand has been a part of Walt Disney Imagineering, and they already have their own Disney+ original: Muppets Now. The Muppet Gang also saw a reboot of the popular Muppet Baby IP in 2018.

Disney fans around the world have embraced Kermit and friends as an iconic part of the brand. Though, one of our writers feels that they could be doing more with the property in movies. Still, today is a victory for Muppets fans who have been clamouring for a full release of The Muppet Show since Disney+ launched last year. Furthermore, to get access to the previously unavailable seasons four and five is just a dream come true. For Muppet enthusiasts, it’s a pretty big deal!

Get watching, singing, and laughing because it’s time to play the music, it’s time to light the lights! Join Kermit the Frog, The Swedish Chef, Miss Piggy, and all the other Muppet characters on Disney+ on February 19th.

Comments Off on All Seasons of ‘The Muppet Show’ Coming to Disney+!