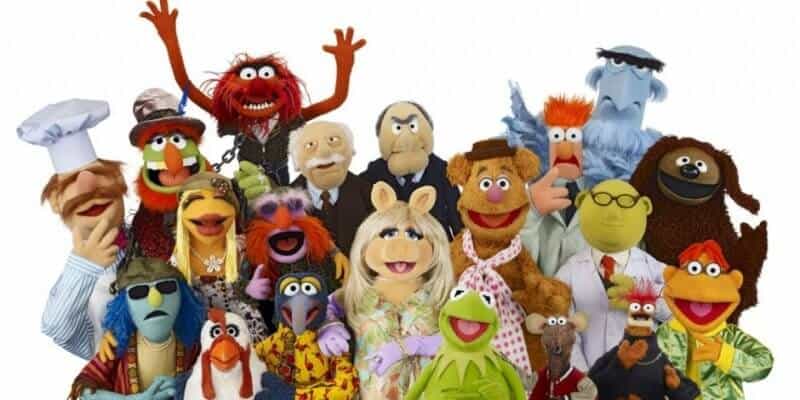 With Star Wars: Galaxy’s Edge growing around Grand Avenue at Disney’s Hollywood Studios, Muppet fans might fear the worst. Don’t fret Muppet fans! I don’t see stormtroopers invading the Muppet Theater any time soon. This Disney fan thinks it is the opportune time for the Muppets to become a more celebrated part of the Disney Parks. I know Muppet fans can currently see all their favorite characters at Muppet Vision 3D. However, with recent popularity, there is always room for more Muppets at Walt Disney World. In fact, I think Muppets Now and Earth to Ned shows an increase in popularity of Jim Henson’s beloved characters. That is, unless you find Fozzie’s jokes un-bear-able. Eh waka waka!

Some History from Sam Eagle

First of all, the Muppets were originally supposed to have a larger presence at Disney’s Hollywood Studios back when it was still known as Disney’s MGM Studios. However, when Jim Henson passed away in 1990, the plans changed. Read more about Jim Henson’s legacy here. Disney moved forward with Henson’s last project: Muppet Vision 3D. The sale of the Muppets to Disney fell through until the area had been long established. Since Disney did not fully acquire the rights for the Muppets until 2004, their Muppets Courtyard area featured only the project that Henson had already given them. Original concept art from reddit user Disnerd 23 is below:

Now known as Grand Avenue (founded 2017), this area of Hollywood Studios features Muppet Vision 3D, Pizzerizzo, the Stage 1 Company Store, and a few other Muppet-themed touches including a Miss Piggy fountain and Gonzo restrooms. The rest of Grand Avenue feels much like the now-extinct Streets of America with It’s a Wonderful Shop, Mama Melrose’s Ristorante Italiano, and the new BaseLine Tap House. Though this area is certainly charming, the Muppets are not its only hosts. I can appreciate that part of the Streets of America was preserved along with the incorporation of Muppet Courtyard. However, I think we could have so much more celebrational, muppetational fun at Disney Parks.

The Rainbow Connection of Old and New Hollywood Studios

Why don’t I get things started? Even Statler and Waldorf would approve of these Muppet ideas. Since we have some general background, I would like to address adding more Muppets at Walt Disney World. As I mentioned, Disney had big plans for the Muppets in their original acquisition deal. One of those plans was a spoof of the past attraction, The Great Movie Ride called The Great Muppet Movie Ride. Just as the attraction it was riffing, the Muppets would have taken guests through some iconic films but – in true Muppet style – everything would go comedically wrong. Check out this video we found about it on Fandom’s Muppet Wiki:

I think this Muppet ride could still exist as a journey through the movies, but it could stick to specifically Disney IPs that already have some kind of presence in the parks. For example, as in the concept art found on Fandom, the Muppets could try to reenact Peter Pan. They could also have Miss Piggy and Kermit attempt to capture the romantic “I love you… I know” scene from Star Wars V, but Miss Piggy falls into the freezing chamber when Rizzo trips her. We could see Gonzo jump onto the back of a banshee from Avatar as Camilla the Hen flies beside him, before crashing into the set’s wall. I would love to see a spoof of the iconic Marvel’s The Avengers scene with all the Avengers in New York City, but with the Muppets looking at the invading Waldos from Muppet Vision 3D. How amazing would it be to see Kermit as Thor or Sam Eagle as Captain America? I think that a Muppet ride about entering the movies yet nodding to behind-the-scenes mistakes would unite the concepts of old and new Hollywood Studios.

We’re “moving right along” to my next concept idea. Another concept would be to bring Dr. Bunsen Honeydew and Beaker into Epcot. They was a rare character experience called Muppet Mobile Lab with this duo at Epcot, so it is clear they already fit in at Future World. With many of the Epcot renovations possibly cancelled, I think now would be the time to bring in the Muppets for some new life. In the old Innoventions area, Honeydew and Beaker could put on a show incorporating simple science experiments. They could switch between two possible shows: one with an Energy experiment and one with a Motion experiment. These would be a great nod to the retro Future World ideals. Adding this Muppet duo to Epcot would not just deliver some fun science experiences, but also give us the third greatest gift: laughter.

Where Can You find the Muppets now?

Currently, the Muppets still have a presence at Walt Disney World Resort. Stroll through Grand Avenue in Disney’s Hollywood Studios and admire all the Muppets references. Catch Muppet Vision 3D with the whole Muppet gang. Shop at Stage 1 Company Store and look for all Muppets Easter eggs throughout the decorations. Wander over to Epcot and dine at Regal Eagle Smokehouse with Sam Eagle. “It’s a salute to all cook-outs, but mostly barbecue.” Enjoy Muppets Now and Earth to Ned on Disney Plus for more new content from Jim Henson’s wonderful cast of characters. Hopefully, we’ll see more of the Muppets at Walt Disney World real soon!

By incorporating more Muppets at Walt Disney World, it will become not only the “Most Magical Place on Earth,” but a place for “the lovers, the dreamers, and me.”

Do you think the Muppets will be more present in the parks soon? Let us know in the comments!