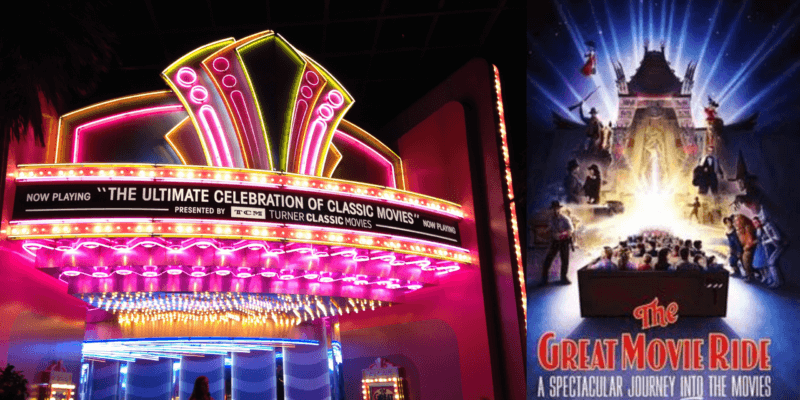 Last week I wrote a piece on some of the old attractions that I miss most at Walt Disney World. It was incredible seeing some of your reactions to this piece and reading all of your wonderful comments. For the record, Horizons was purposely left off the list as it is an attraction I sadly have no memory of and it was a very personal post!

Related: 10 Closed Disney World Attractions I Miss the Most

Given that The Great Movie Ride was a big part of that article, it got me thinking about how immensely awesome that attraction was. I still think about it regularly so I thought I’d share some thoughts on why Disney fans (such as myself) still greatly miss one of the best Disney Parks attractions to ever exist, from its great ride vehicle system to its journey through classic film.

It was the heart and soul of Disney’s Hollywood Studios

Disney’s Hollywood Studios is still an incredible theme park without The Great Movie Ride. With recent additions including Toy Story Land, Galaxy’s Edge, and Mickey and Minnie’s Runaway Railway, the park has some fantastic attractions.

Long gone are the days that Disney’s Hollywood Studios had the best theming of any Disney theme park on the planet. There have been rumors of a park name change for many years now and it feels that this needs to happen in order to bring some form of theming back into the park.

It was responsible for my love of movies

Okay, it wasn’t solely responsible but hear me out. Without The Great Movie Ride, I never would have gone back to watch some of the greatest classic movies ever produced.

Sure, I’ve always been a fan of the likes of Mary Poppins, Star Wars, Alien, The Wizard of Oz, and Indiana Jones. But without The Great Movie Ride, there’s no way I’d have an appreciation for the likes of Footlight Parade, Singin’ in the Rain, The Public Enemy, and Casablanca.

The Great Movie Ride opened my eyes to different genres of film, and it is because of this I will always have a huge appreciation for the Imagineers who made this possible.

There was no other attraction in the world quite like it

Where else in the world could you be in a gangster movie and then five minutes later be in the middle of the land of Oz while facing the Wicked Witch?

The combination of audio-animatronics and live actors was like nothing else seen in any theme park around the world, and there’s little doubt we will experience anything quite like this again. Yeah, some of the scenes were cheesy, but if you had just the right tour guide you would be in for a truly unforgettable experience.

Also, the ending scene was a huge montage that showcased over 100 movies from the history of Hollywood. Incredible.

Here it is, for old times sake:

Each time was different

Sure, the scenes were the same, and dialogue from your tour guide was largely limited by the script. But on the odd occasion, you’d get a Cast Member that would go above and beyond to take the role into their own.

On these occasions, the ride would become something new entirely and you’d be hooked on every word the Cast Member was saying.

Sure, the differences aren’t quite as noticeable as Kilimanjaro Safaris, but it’s still safe to say that every trip into the movies was unique.

Also, not knowing whether you’d get the gangster scene or cowboy scene was such a thrill when riding the attraction as a kid!

It had so much more potential

Perhaps the biggest reason I personally mourn the loss of The Great Movie Ride is because of the potential I saw in the future of the attraction.

Sure, some of the animatronics looked dated and there were scenes that needed a refresh. But with the agreement ending with TCM, it would have given Disney the perfect opportunity to give the attraction a complete refurbishment.

The ride could have solely focused on some of the great classic Disney movies while also playing homage to recent greats. Here are just a few that could have been included off the top of my head:

One thing is for sure, this movie ride will always hold a place very close to my heart and remains one of the best attractions Disney has ever created, even if the Alien scene scared me so much that I closed my eyes for years afterward through that section.

Do you miss The Great Movie Ride? Please share some of your favorite memories of the attraction with us in the comments below!