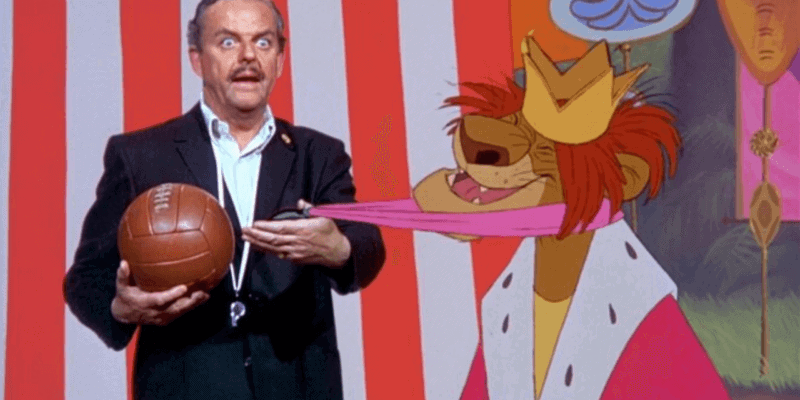 Yup, you read the title right. I genuinely think that Bedknobs and Broomsticks is the best classic live-action movie that Disney made and yes, I put it ahead of Mary Poppins, Pete’s Dragon and Herbie. Before you jump to the comments, let me explain why I think Eglantine Price and Professor Brown, along with the rest of the characters, deserve the title.

It gets Britain (mostly) right

While Mary Poppins is, of course, one of the greatest Disney movies ever made, nobody here in the UK can forgive Dick Van Dyke for that awful accent.

Disney rectified prior mistakes by at least casting two British actors in leading roles for their film set in Britain. The combination of Angela Lansbury and David Tomlinson is fantastic and they are genuinely a delight to watch together on screen.

Though you won’t find anyone dancing to a merry song in Portobello Road in real-life Britain (it’s angry shouting mostly), on the whole Disney absolutely nailed the look and feel of Britain in the 1940s.

A great selection of songs

It’s the Sherman Brothers, what else needs to be said? The Brothers are at their best again with the songwriting of Bedknobs and Broomsticks with classics that include:

The songs play such a great role in accelerating the plot during the course of the film and help tell the journey of Miss Price from apprentice witch to defeating Nazis from the top of a broomstick.

Related: Why the Sherman Brothers classic “it’s a small world” is a beloved earworm

The perfection of the human and animated cast

Mary Poppins set the bar high when it was released in 1964 but it was Bedknobs and Broomsticks that perfected this when it released in 1971. The scenes that occur underwater and on land in Naboombu.

In fact, the film won an Academy Award for Best Special Visual Effects! The special effects for the time were simply incredible from the travelling spell to how Disney managed to get King Leonidas to appear next to the cast.

The greatest football match to ever appear on film

Yes, I am calling it football and not soccer because that’s what it’s called and we invented it!

But seriously… the cartoon match between the inhabitants of Naboombu is still something that brings a smile to my face today and that’s coming from someone who has seen this movie more times than I can remember!

It’s so wonderfully bonkers, with poor Professor Browne continually being mowed down by the animals of the island and the rules of football being thrown out the window as soon as the first whistle is blown!

Nazis being beaten by inanimate objects

Seeing the disgraceful Nazis being beaten in any movie is always a win in my book but in Bedknobs and Broomsticks, it is done through witchcraft and bringing an inanimate army of knights to life with hilarious results. 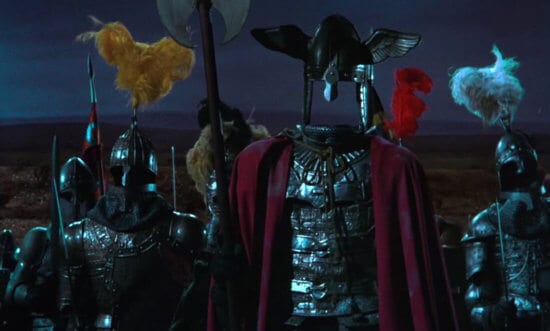 It has to be the most creative way a German soldier has been defeated in a film and what a great way of showing off the British war effort.

The best pun featured in a Disney movie

If you still aren’t with me then surely you’ll have to agree that this line from young Paul is perhaps the greatest pun to ever feature in a Disney movie? I’ll admit that if you’re British you will find it even funnier. It cements this classic film as the best classic live-action film that Disney has made!

So do you agree that Bedknobs and Broomsticks deserves the award for the greatest live-action classic movie? Let us know in the comments below!