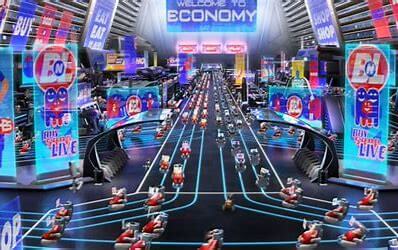 Over the last few months, new live-action remakes of classic Disney films like Aladdin and The Lion King have been released, and if what Disney tells us is true, more are coming.

And while many Disney fans are excited about the new theatrical releases, others have voiced their concern that Disney has run out of ideas.

After Walt Disney bought up land in central Florida in multiple small purchases under creative aliases, he found himself the proud owner of more than 30,000 acres of soggy swampland. But there was a method to his madness. In fact, Walt was excited about having so much land because he said: “there’s enough land (there) to hold all the ideas and plans we could possibly imagine.”

And even if you feel that Disney has writer’s block when it comes to creating new films, one step inside Walt Disney World, and it becomes quite obvious that creativity is alive and well as Imagineers work tirelessly at developing new attractions and new lands within the four theme parks.

But with so much land still available at the Walt Disney World Resort, we thought we would take a shot at helping Imagineers to come up with even more ideas for the over 25,000 acres of Disney property that are still undeveloped. And since “re-imagining” classic Disney films have been at the top of the company’s to-do list, we decided to help with a list of 8 Disney films that should be made into attractions at Disney World.

We love Cinderella Castle at Magic Kingdom, but the structure itself isn’t an immersive attraction. But parts of the plot of Cinderella would serve as highlights for the perfect ride.  The queue for this ride could wind through parts of the chateau in which Cinderella lived with her evil stepmother and stepsisters. The queue would remind Guests of Cinderella’s daily duties inside her own home. Guests arrive at the loading zone, the queue would switch from bleak to bright, and Fairy Godmother would appear before our eyes, much like the mirror appears at Enchanted Tales with Belle in Fantasyland.

Then Guests would climb aboard a sparkling white carriage, identical to Cinderella’s, and be whisked away for a nighttime ride through the kingdom en route to the ball. The end of the ride would have us unloading just inside the castle where the ball is already in full swing.

Who doesn’t love WALL-E, the lonely little robot who’s tasked with cleaning up planet Earth after humanity destroyed it? We see the potential for an attraction that uses first-person perspective simulation and flight simulation to create a 3D experience that allows Guests to see what WALL-E does in a typical day. The flight simulation would come in on the day WALL-E and EVE are transported to the BNL ship. Audio–animatronics would have a part in this ride, and simulation technology used in Star Tours, Soarin’ and Flight of Passage could also be used. Yes, it’s another simulation attraction, but those are very popular at Disney World. 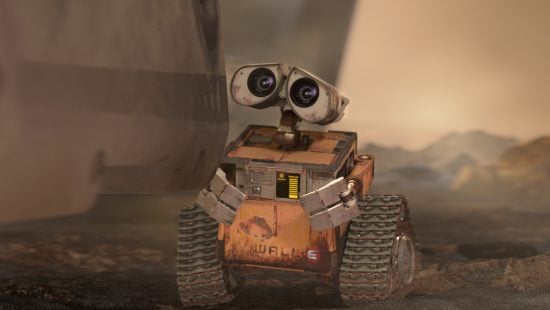 The Magic Carpets of Aladdin ride at Magic Kingdom was inspired by this movie, but it’s not an immersive attraction. We think Imagineers could re-imagine this ride, and instead of only moving in a circle for two minutes, Guests could truly aboard a magic carpet that moves in many directions. Perhaps it takes Guests over Agrabah. The attraction could combine moving along an aerial track used in Peter Pan’s Flight, the feel of a family coaster (gentle drops and quick turns) sprinkled with some of that wonderful simulation technology.

Why should Disneyland’s California Adventure park have all the fun? We want a Cars-themed attraction in Florida too! Let’s make it different from Radiator Springs Racers. Instead of racing through the desert, the Disney World version will be inspired more by Cars 2—racing in the World Grand Prix through Tokyo, London, Paris and Porto Corsa. Let’s take the good things about the Tomorrowland Speedway–with an upgrade and a boost in speed–a touch of Radiator Springs Racers and then melt it all together with a Disney World twist. 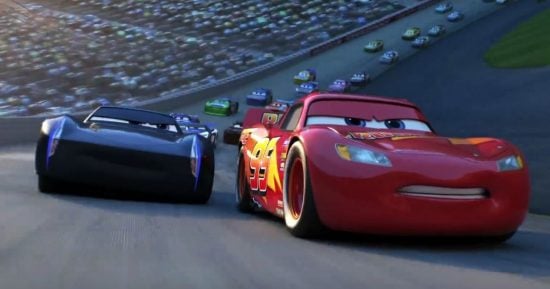 This attraction would do well as part of the United Kingdom pavilion in EPCOT. This film about an apprentice witch, three children and other major and minor characters who work together to find the missing part of a spell that will aid in the defense of Britain during wartime. How fun would it be to fly on a four-post bed, just by tapping on one of the posts? Part of the ride could be simulated underwater since there is a scene in the movie that takes place underwater in which the characters interact with fish. Part of the attraction could incorporate the huge tent where the characters meet the king who just happens to be a lion. Since this feature film was created using both live-action and animation, designing a ride using Bedknobs and Broomsticks as its inspiration could take on all kinds of whimsicalities. It would also introduce a younger generation to the film.

Wouldn’t you love to meet Mr. Fredrickson and tour his house? And it would be so magical to fly in the house with him too! On this ride, Guests would become honorary Wilderness Explorers. The ride vehicle would be a house that looks like Mr. Fredrickson’s abode, and instead of floating with balloons, using the wind as a guide and hoping for the best, Guests get to help Mr. Frederickson get to Paradise Falls again. But we’ll have to weather thunderstorms, twisters and massive gusts of wind and dodge skyscrapers, birds and helicopters. Imagineers could use aspects of the Test Track attraction, in which we get to help design the best house and number of balloons for optimum travel to Paradise Falls.

Wouldn’t it be fun to have an attraction in which you could become a character in an arcade game? Imagineers would have to step in big time on this one, but an attraction where Guests assume the roles of the characters in the Fix-It Felix, Jr. arcade game might be fun. Or Imagineers could re-create the massive race track in the Sugar Rush game. It would be the pinkest part of the park—pink and candy everywhere you look!

Inside Out is one of the most clever films ever created by the minds at PIXAR. Only PIXAR could take things like feelings, emotions, memories and dreams and create a movie that explained them all. There are a few ways to go about creating an attraction inspired by this film. One could be a thrilling, super-fast coaster, and the ride vehicles are the glowing orbs used in the movie that symbolize Riley’s memories. The track is just like the “track” depicted in the movie that carries memories into storage. A less thrilling ride could be one that uses a vehicle created in the film—the Train of Thought. In the film, the Train of Thought connects headquarters to other parts of Riley’s mind. A family train ride inspired by Inside Out could consist of wild wide turns, switchbacks and slight drops through Riley’s mind.

Clearly, these thoughts about attractions inspired by some of our favorite Disney films are loose-fitting ideas that aren’t encumbered by budgets, physics, gravity, etc.  These rides were dreamed up in a make-believe world of perfect scenarios. But we think “it’s kinda fun to do the impossible” like Walt said.

Which movies do you think would make great attractions? Let us know below!