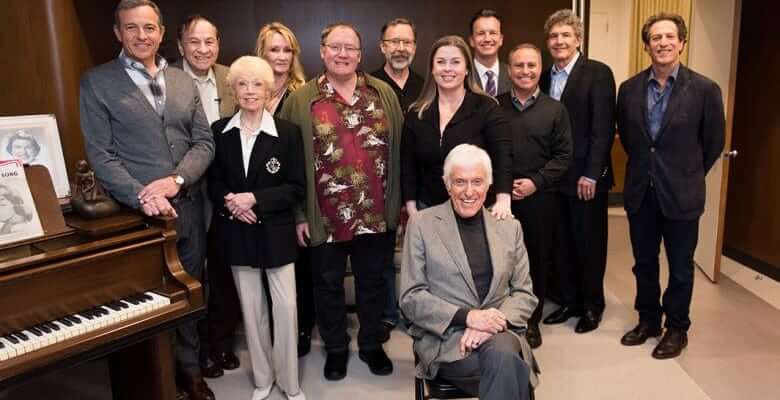 Yesterday, December 15, marked the 50th anniversary of Walt Disney’s passing. For the occasion Disney Legend Richard Sherman made a trip out to Walt Disney’s office suite on the Disney Studios lot.

Sitting down at the grand piano in the office Sherman played “There’s a Great Big Beautiful Tomorrow,” “The Whimsy Works” (an original composition Richard wrote about Walt and working on the Studio Lot) and one of Walt’s favorite songs “Feed the Birds” from Mary Poppins.

The audience, that consisted of Disney employees such as Chairman and CEO Bob Iger, Walt Disney Studios Chairman Alan Horn, Marvel Studios President Kevin Feige and Pixar Chief Creative Officer John Lasseter could barely hold back tears during the heartfelt tribute to the man who created this amazing world we all now know and love.

Trying to watch this without getting teary-eyed is definitely hard!

Comments Off on VIDEO: Richard Sherman performs ‘Feed the Birds’ in tribute to the 50th anniversary of Walt Disney’s passing