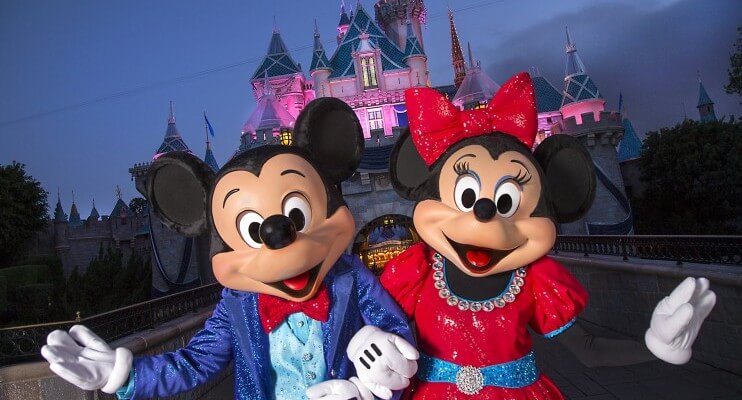 When you think Disney, you think Mickey Mouse. The lovable character is at the center of everything at Walt Disney World and any Disniac has heard Walt say “I just hope we never lose sight of one thing: That it was all started by a mouse.”

“Mickey and Minnie don’t really have particular jobs and they don’t come from a particular place,” Imagineering Executive Creative Director Kevin Rafferty said during an interview at Disney’s Hollywood Studios. “If you think about Anna and Elsa, they come from Arendelle. They have particular roles. If you go to Radiator Springs, Mater is a tow truck and Lightning is a race car.”

Mickey and Minnie never got a real backstory. They never lived in an established world until maybe now with the new generation of cartoon shorts.

Rafferty explained to the OC Register:

“Mickey and Minnie have been everywhere and they’ve done everything. So there hasn’t really been a design hook to hang the whole attraction story or idea on. The cadence, comedy and edginess of the shorts give us a really great look to hang that design hat on. The thing about the Mickey shorts is that they have a really flat, kind of wonderful off-registered look. The characters are very flat themselves. It’s very fast paced. How do you do that on attraction? I’m very happy with the way it’s been coming out. We’re able to capture that.”

Mickey and Minnie and all their pals have been able to fit into the larger Disney universe, and because of that, Mickey has proven himself to be quite a showman. From his Philhar-magic show and Fantasmic to his parade appearances. He has also carried a higher “Master of Ceremonies” role as Imagineers tried to figure out his ride-through attraction.

“There’s been other ideas,” Rafferty said. “I remember there was a Mickey ride idea in the hopper that had to do with Mickey and the Fab Five making movies and the antics that happened backstage. So there have been attractions in development that didn’t really stick.”

But now it looks like they finally found something that stuck. Mickey and Minnie’s Runaway Railway opens at Disney’s Hollywood Studios on March 4 and in Mickey’s Toontown at Disneyland in 2022.