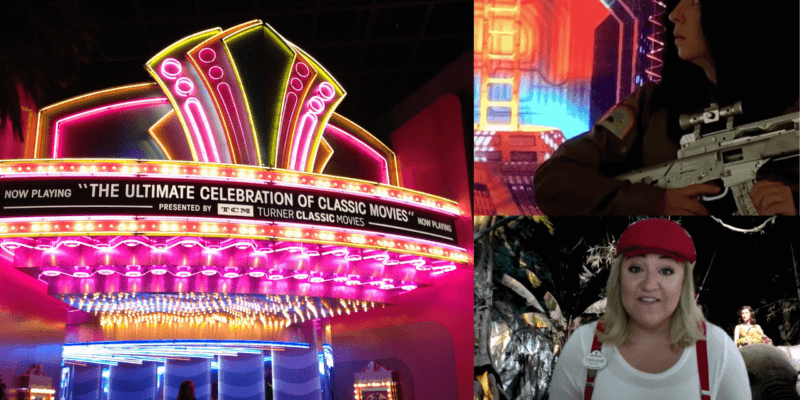 Yesterday was the three year anniversary of the last day of operation of The Great Movie Ride and it remains one of the most unique (and is widely considered one of the best) attractions in the history of all Disney’s theme parks, not just Disney’s Hollywood Studios.

Well, over 200 former Cast Members from the attraction got together to give something back to the thousands upon thousands of fans that still have very fond memories of The Great Movie Ride to recreate the entire attraction!

Now Playing! A SPECTACULAR Journey into The Great Movie Ride! A Cast of Thousands from Opening Crew, to Closing Crew to all the years in between! (Over 200 former Movie Ride Cast Members!) A Sweeping Spectacle of Thrills! Chills! Romance! And Always, Family! #onceamovierider#alwaysamovierider

Related: Why Disney Fans Still Mourn the Loss of The Great Movie Ride

We know what you’re going to say: “Have they created both the Gangster and Western scenes?” Cast Members are way ahead of you, they’ve created two videos, one for the Gangster Show and one for the Bandit show. Check out these incredible videos below:

Not only did the Cast Members recreate the attraction itself, but they also spent all the time in putting together recreations of the film trailers that were shown before Guests even made it to the ride vehicles. At least something good has come out of the lockdown this year!

Now fans can experience Mickey and Minnie’s Runaway Railway in the spot where The Great Movie Ride used to be, and fans seemed to have reacted well to the new attraction, despite many wishing the new attraction had taken a different place in the park.

For more nostalgia, check out our last ride on the attraction below:

What do you think of this Cast Member recreation of a trip through the movies? Let us know in the comments below!

If you’re thinking about booking a trip to Walt Disney World soon then why not get in contact with our friends at Academy Travel. No matter what your Disney Parks needs. the team will be able to help you to book your next magical vacation. Contact their team now for a free quote!