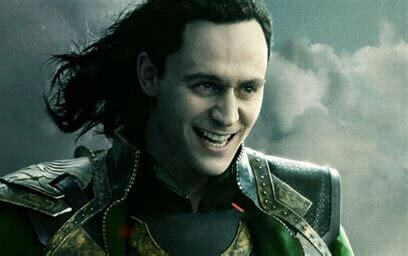 A new rumor says Marvel will portray the Loki character as bisexual in the new standalone series in developments for Disney+.

Related: Was ‘Loki’ Already Renewed for Season 2 on Disney+?

Let’s unpack this rumor and see if it has any validity to it, and remember to subscribe to our newsletter below to be kept in the loop on all things Marvel.

We believe there could be merit to these rumors because the Loki character is directly inspired by Loki of Norse Mythology.

If you look at Loki of Norse mythology he is described as:

Loki, in Norse mythology, a cunning trickster who had the ability to change his shape and sex.

For the Disney+ series, it is also reported that Sophia Di Martino will be portraying a female version of Loki. While that is also a rumor and nothing has been confirmed by Disney or Marvel there are set photos that show Sophia filming in an outfit very similar to Loki’s iconic green and black.

So if the plan for the series is the Loki will be changing genders, it is possible that the character could have multiple love interests of different genders to continue to fit with the mythology.

We have reported that even though due to the coronavirus pandemic production on the Loki series was delayed, but now they are back to filming. You can read all about the production of Loki here.

Again,  everything we have discussed is a rumor, and until Marvel or Disney confirms any of this we can never be certain about these claims.  We will just have to wait and see when the show debuts in 20201 for the answers to all these questions. However, it will be exciting to see Loki’s storyline develop within the MCU, in whatever direction Marvel and Disney decide to take it.

We know Marvel fans cannot wait for the Loki series to debut on Disney+, and we can’t wait either!

So, what do you think? Could Loki be bisexual in the new Disney+ series? Let us know your thoughts in the comments.