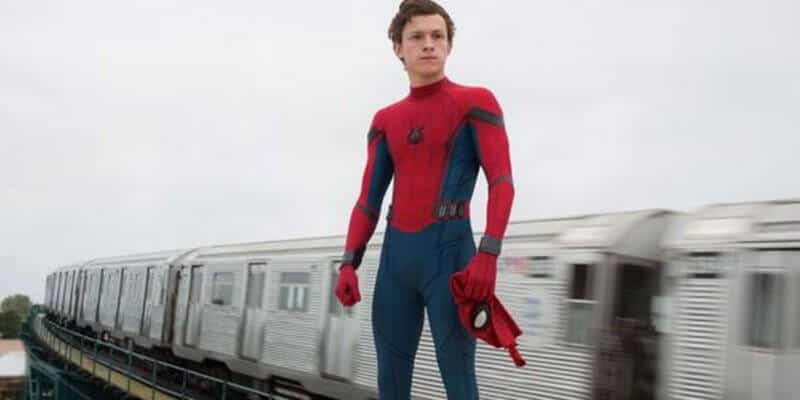 Spider-Man 3 is setting itself up to be quite the epic MCU film. With so much secrecy swirling around the newest film, every new tidbit of information is important if you are trying to piece together what is going to happen in the third installment of Tom Holland’s Spider-Man.

Now, it seems that Holland is really teasing all of us MCU fans with what we can expect from the film. In an interview with Variety Holland noted:

“I can say that it’s the most ambitious standalone superhero movie ever made. You sit down, read the script, and see what they’re trying to do, and they’re succeeding. It’s really impressive. I’ve never seen a standalone superhero movie quite like it. And I’m just, you know, again, that lucky little sh-t who happens to be Spider-Man in it. We got a lot more shooting to do. We started before Christmas and shot for like seven weeks. We stopped for the Christmas break, and then we’re starting again. I’m just as excited as everyone else to see it, let alone be a part of it.”

Most ambitious standalone superhero movie ever made? That is enough to have me, personally, purchasing a ticket to the film — especially considering how epic so many Marvel movies have been in the past. It is clear Holland is leaving out the Avengers films from his generalization by stating that it will be the best “standalone” superhero movie — but the claim is still quite grandiose.

If anything, this likely is making Marvel fans believe that the Spider-Man multiverse is indeed happening. Although Aunt May (Marisa Tomei), Ned Leeds (Jacob Batalon), MJ (Zendaya), and, of course, Spider-Man/Peter Parker (Tom Holland), are all confirmed to return to the big screen for the film, there has been lots of chatter regarding previous Spider-Man franchise actors returning.

Considering Benedict Cumberbatch has already seemingly confirmed Doctor Strange in the Multiverse of Madness  (which will begin wherever WandaVision leaves off) will delve into the multiverse — it would make sense to see that multiverse extend to Spider-Man 3. That being said, Kevin Feige has even confirmed that WandaVision‘s ending will not only affect the Doctor Strange storyline but Spider-Man as well.

In tandem with that, reports are circulating that former Spider-Man actors Tobey Maguire and Andrew Garfield alongside past cast members like Kirsten Dunst, Jamie Foxx, Alfredo “Alfred” Molina, and Emma Stone will all return for Spider-Man 3. If Holland is stating that this is set to be the most ambitious superhero movie ever made — what is more ambitious than tying together three different Spider-Mans and seven franchise films?

Director Jon Watts — who also directed both Spider-Man: Homecoming (2017) and Spider-Man: Far From Home (2019) — is set to bring this third installment of the Spider-Man saga to life, following Peter Parker’s identity being revealed to the entirety of the Marvel Cinematic Universe.

It seems like Marvel fans will likely not get all the answers until Spider-Man 3 actually comes out. For now, you continue to follow along with all of us at Inside the Magic as we continue to try and piece together what to expect from this film.

Comments Off on Holland Talks ‘Spider-Man 3’, Calls It The “Most Ambitious Superhero Movie Ever Made”