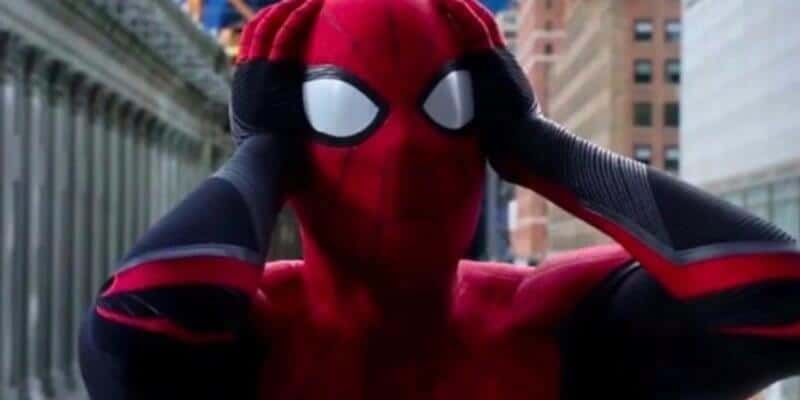 Marvel boss Kevin Feige has been doing his best to keep details on the upcoming Spider-Man: No Way Home under wraps before it hits theaters on December 17, 2021, but leaks seem to be coming from every direction. Just recently Alfred Molina – who played Dr. Otto Octavious AKA Doctor Octopus (“Doc Ock”) in Sam Raimi’s Spider-Man 2 (2004) – revealed he will be reprising his villain role from the Tobey Maguire led film.

Marvel Studios has been trying to crush the rumors that both Tobey Maguire and Andrew Garfield will show up as alternate versions of Peter Parker alongside Tom Holland. Although they have both been spotted around the set, Marvel has never confirmed their appearance.

Tom Holland previously said he was not aware that they would be showing up. And while he could have been trying to keep the plot a secret, Marvel may have lied to the notorious leaker to prevent him from accidentally revealing the cameos.

If the rumors are meant to be believed, then it indicates that Spider-Man: No Way Home will be the Marvel Cinematic Universe’s take on the comic book storyline Spiderverse. The internet has speculated that everyone from Netflix’s Matt Murdock/Daredevil (Charlie Cox) and Jamie Foxx’s Electro from The Amazing Spider-Man 2 could show up at some point.

Now, someone on Reddit under the username SpideyForever245 claims to have inside knowledge of Spider-Man: No Way Home has leaked new details that have stirred up a new wave of fan theories by detailing a huge part of the potential plot.

Again, this is just on Reddit and Marvel has not confirmed any of this information.

According to the Reddit thread, the film will start where Far From Home (2019) ended where Peter’s identity was revealed by J. Jonah Jameson (J.K. Simmons). Then Peter (Tom Holland) will go to court to prove he did not kill Mysterio (Jake Gyllenhaal). This scene was previously leaked, and fans believe if Daredevil does show up in the film it will be here.

Then Doctor Strange (Benedict Cumberbatch) will show up to tell Peter that the Multiverse is breaking apart and villains from other universes will jump from world to world and the Sorcerer Supreme needs Peter’s help trapping them. Marvel did confirm Doctor Strange’s return for this film.

Things will naturally go awry at some point and the rumor is that both Tobey Maguire and Andrew Garfield show up at some point in the second act of the movie to help recapture the villains.

The climax takes place on the Statue of Liberty that now looks like a big Captain America with the shield with all the villain trying to get a hold of Tony Stark’s Arc Reactor or some other technology. Because of course, Iron Man will still be a driving force in the MCU despite his death in Avengers: Endgame (2019).

The set photo of the Statue of Liberty with Captain America’s shield was previously leaked, so this is most likely true. The rumored return of Jon Favreau as Happy Hogan would probably happen here.

A new picture from the set of #SpiderManNoWayHome features a prop combining the Statue of Liberty with Captain America’s shield! (via:@blockbustedpod) Murphy’s Multiverse is also reporting the prop will be featured in the backdrop of “a key scene.”

A new picture from the set of #SpiderManNoWayHome features a prop combining the Statue of Liberty with Captain America's shield! (via: @blockbustedpod)

Murphy's Multiverse is also reporting the prop will be featured in the backdrop of "a key scene." pic.twitter.com/kQpeCCg4sg

New speculation now includes that Willem Dafoe may return as the Green Goblin and kill someone. Rumors already have circled that Peter’s best friend Ned Leeds (Jacob Batalon) will either die or become the Hobgoblin by the end of the film. Though it could also be Zendaya’s MJ.

Not much is known about how Spider-Man: No Way Home will end. The leak says Peter will return and graduate high school, but it is doubtful that the threat to Multiverse will be resolved since it will into Doctor Strange in the Multiverse of Madness (March 25, 2022).

We will just have to wait and see what Marvel has in store for us once Spider-Man: No Way Home hits theaters. Director Jon Watts will be helming one of the biggest Marvel films yet, bringing together iconic characters from other Marvel Universe franchises into one epic box office smash.

Let us know in the comments below what you think will happen in Spider-Man: No Way Home.

Comments Off on Everything Fans Believe Will Happen in ‘Spider-Man: No Way Home’