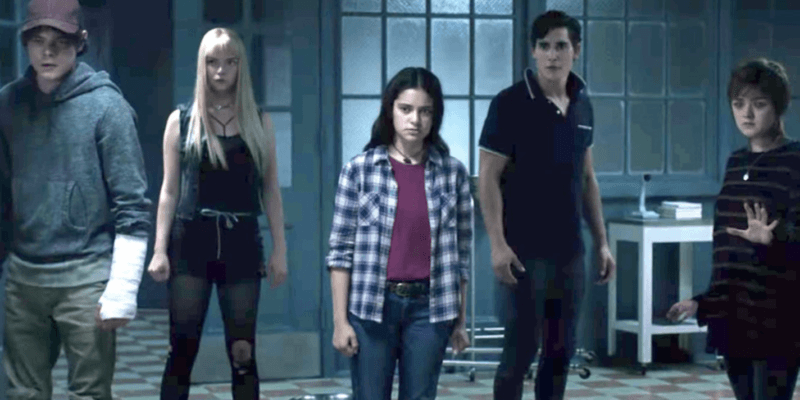 It’s hard to believe that we are going into the 12th year of Marvel being a Disney subsidiary. With the studio’s success, it’s clear that critics have forgotten that it began as a comic book distributor.

Disney’s purchase of Marvel was a game-changer and arguably saved the movie theater industry with its high grossing films. With this, however, came a corporate structure that puts the brand into a certain mold that leaves very little room for anything considered to be “too edgy” or “out of place” by the viewers. This is definitely the case with The New Mutants.

Set in the horror genre, the film focuses on a group of young mutants admitted to a “hospital” in the middle of nowhere. They are under the care of Dr. Cecilia Reyes (Alice Braga), a mutant herself, who has the power to project force field bubbles. One of the bubbles is a giant barrier around the hospital for their “protection”.

The Cast is Phenomenal

The cast is a small powerhouse of talent. Maise Williams (Game of Thrones) is at the forefront as the Scottish werewolf-esque Rahne Sinclair. Charlie Heaton (Stranger Things) plays Sam Guthrie, the middle American who can launch himself into the air.. Anya Taylor-Joy (Split) portrays Russian sorceress Illyana Rasputin. Henry Zaga (13 Reasons Why) is Brazilian solar-powered character, Bobby da Gosta. Finally, Blu Hunt (The Originals) plays Dani Moonstar, whose abilities aren’t known at the beginning of the movie.

The character development is the flagship of this film. We learn so much about each character’s journey and struggles. The cast interactions are riveting and have you hanging on their every word since (like them) viewers don’t know what this hospital is. The story is a slow-burn, but the climax is extremely satisfying. It leaves you on the edge of your seat cheering them on.

The film spent three years in “production hell” as the studio constantly retooled and delayed it. The Disney acquisition of 20th Century Fox (now 20th Century Studios) lead to many of these changes as they went back and forth on how to work The New Mutants into the MCU.

When looking at its negative critical performance, it is a mixture of these two things: anticipation and the MCU movie model. Was it like the other X-Men movies? No. Was it perfect? No. But, it definitely deserves more appreciation for standing alone on its compelling cast and different take on the well-known (and at times overdone) X-Men franchise.

Honestly, the saddest part of the film is that they left us with such a great beginning to a new set of films that we may never see.

Have you seen Marvel’s The New Mutants? What is your take on the movie?