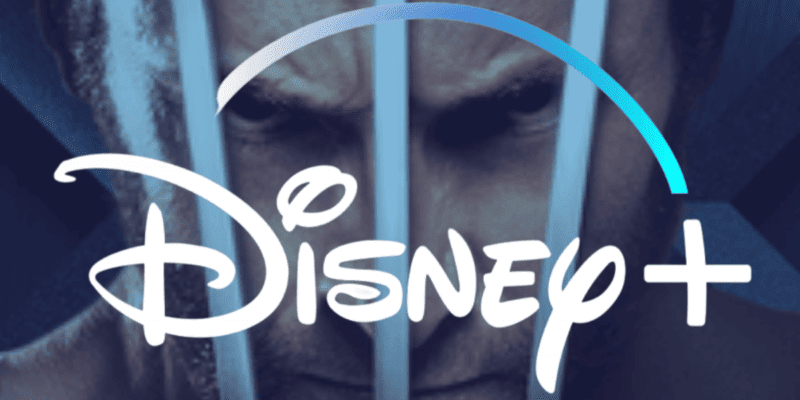 Disney+ is the place to be for Marvel fans. It will bring us three more new series this year alone with Loki starting June 9, 2021, and Hawkeye and Ms. Marvel. It already gave us WandaVision and The Falcon and the Winter Soldier.

It also has all the legacy cartoons like the beloved original X-Men: The Animated Series and all the films created by 20th Century Fox Studios – including a film so horrible it could have killed the superhero genre when the MCU was just getting started.

I am of course referring to X-Men Origins: Wolverine (2009). Starring Hugh Jackman as Logan/Wolverine, the film was intended to launch a series of solo films for Fox’s X-Men franchise. It all went terribly wrong. It’s now most known as the film that introduced movie audiences to Ryan Reynold’s Deadpool/ Wade Wilson, AKA the Merc with a Mouth with his mouth sewn shut.

Wolverine should have been a massive success. Back in 2009, Marvel Studios had just released Iron Man staring Robert Downing Jr. as Tony Stark. No one, not even Kevin Feige, knew what would come from the film. Sony’s first Spider-Man trilogy that had started so triumphantly in 2002 ended with the dismal Spider-Man 3 (2007).

So, Fox’s X-Men films were the only name in the game, and they were doing so well. The linchpin was Hugh Jackman’s Wolverine, so making him the star of his own film and adapting his iconic Weapon X comic book storyline seemed like a sure bet.

With his healing factor and adamantium skeleton – Wolverine has been one of Marvel Comics most popular characters since he debuted in 1974’s The Incredible Hulk #181 by writer Len Wein and artist John Romita. His history with the Weapon X program is one of his most defining stories.

X-Men Origins: Wolverine has issues beyond its traumatizingly horrific take on Deadpool. Even the title is a mess. It’s like Fox couldn’t decide what they wanted the film to be, something they struggled with in X-Men: Last Stand (2006). They were afraid to leave “X-Men” out of the title — as if audiences would not know who Wolverine was without it.

They also wanted to shove all of Wolverine’s backstory into one film – never mind that he was born in the Northern Territories of Canada in 1845 and the Marvel movie tries to just gloss over his 150 years of rich history. Including his time in World War II, this is how in Marvel Comics he became friends with Captain America/Steve Rogers. Though at the time the rights to both characters were held by different studios.

Related: Rumored ‘Deadpool’ Series In the Works at Disney

The cast was surprisingly amazing Liev Schreiber shines as Logan’s brother Victor/ Sabretooth. And Ryan Reynolds does everything he can with Deadpool, even though it’s ultimately botched in the end. Taylor Kitsch is passable as Gambit and casting will.i.am worked well.

But the issues come down to a story fans have heard countless times before. Director Gavin Hood wanted to make a simple Wolverine-focused story, but Fox wanted it to be an X-Men film as well and added many unnecessary cameos like Blob, Cyclops, and Gambit who add nothing to the overall plot of the film. Gambit has been cursed ever since.

Related: Two ‘Black Panther’ Series May Be Coming to Disney+

The tension between Hood and the studio reached a breaking point when even part of the way through the production they still did not have a full script. Ryan Reynolds revealed that he had to write every single line of dialogue for Deadpool himself:

“So we were in the middle of production, there were no writers, no anything. Every line I have in the movie I just wrote myself.”

It seems like everyone knew the movie was doomed from the beginning. Even Director Gavin Hood hated it and hated the version of Deadpool that came out of it. No one was happy. It honestly amazing it squeezed out a 37% on Rotten Tomatoes.

Reynolds only took the role because he was threatened with someone else taking it and not being allowed to make a solo movie. The reaction was so bad to X-Men Origins: Wolverine, Ryan Reynolds would have to campaign to make that solo Deadpool movie for seven years.

Then there was the infamous leak. A month and a half before the film’s release, the film was leaked online. Comic book fans reacted viciously, and the studio tried to get reshoots to fix the film. However, it was too little too late and the X-Men Origins: Wolverine hit theaters and crashed like a lead balloon.

X-Men Origins: Wolverine is coming to Disney+ on June 4th, so you can check the horror out for yourself then. When Disney+ first created the Marvel Legacy Films category for the X-Men and Fantastic Four films that they purchased from Fox, Origins was gratefully absent and fans hoped they would never have to see or think about it ever again.

The Marvel collection on Disney+ is ever-growing. In April, Disney announced they struck a deal with Sony to bring the Spider-Man films to the streaming service after their time on Netflix. It will bring Tobey Maguire and Andrew Garfield’s Peter Parker to Disney. The deal also includes the Ghost Rider films starring Nicholas Cage.

This leaves only The Incredible Hulk (2008) and Hulk (2003) out in the cold. And personally, I would watch 2003’s sad Hulk movie a thousand times before I ever make myself sit through X-Men Origins: Wolverine again. Luckily, we will be getting Marvel Studios’ take on the X-Men soon. But Marvel’s Wolverine will most likely be recast from Hugh Jackman, who is done with the character after Logan (2017) an adaptation of Old Man Logan.

Related: ‘Cooking with Deadpool’ The Perfect Cookbook for All Marvel Fans!

The later two Deadpool films washed the taste of Origins out of fans’ mouths. Though now they are holding their breaths again for Marvel’s Deadpool 3. Wade Wilson may make his Marvel Cinematic Universe as soon as November 2023.

It’s in early production with Bob’s Burgers’s Molyneux sisters, Wendy Molyneux and Lizzie Molyneux-Loeglin, confirmed as writers back in November, but Deadpool 3 is still looking for its director. But Marvel Studio’s boss has assured fans it will be rated R, despite Director Tim Miller’s comments.

Which of Fox’s X-Men Films are on Disney+?

Which of Fox’s X-Men Films are not on Disney+?

Tell us in the comments how you feel about X-Men Origins: Wolverine tainting Disney+.