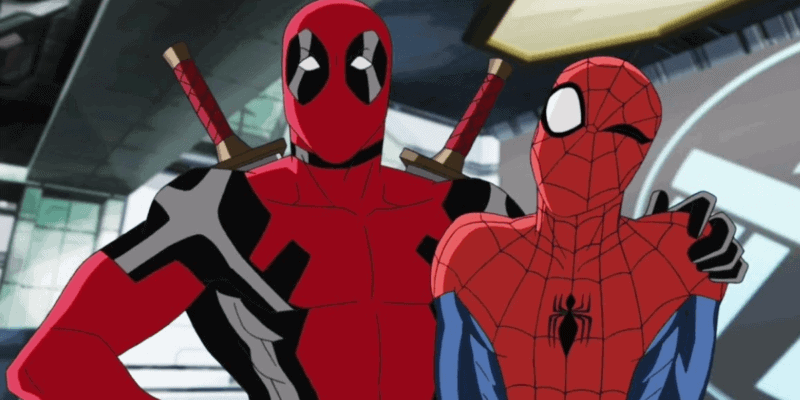 Deadpool seemed to be on the chopping block back in 2018. Disney had just bought 20th Century Fox Studios and Marvel fans worried the family-friendly studio would either shove the Merc with a Mouth back into its Marvel comic book long boxes of  – or change the character’s violent nature to fit a wider audience.

Luckily, Marvel head honcho Kevin Feige squashed those concerns when he announced that Marvel Studios would produce an R-rated Deadpool movie starring Ryan Reynolds. The film is currently rumored to be coming to theaters on November 3, 2023. Marvel’s Deadpool movie is expected to continue the humorous take on the superhero movie genre.

Not much is known about Marvel’s first R-rated film. Deadpool 3 has not even been confirmed as the title yet. Robert Rodriguez (Sin City) is one of the names circling the internet as a possible director. Though Wendy Molyneux (Bob’s Burgers) has been confirmed to be working on the script.

The Deadpool franchise will most likely be the first appearance of the mutants in the Marvel Universe – it’s planned to be released before any X-Men movie.

Now Deadpool fans may have some more good news on the way. Last week Disney announced their new 20th Television Animation Studio, which will be developing adult animation programs. Such titles include Bob’s Burgers. From there, fans began discussing what types of shows the new studio might produce. One rumor was reported on Bubbleblabber, which suggested a Deadpool series:

An animated Deadpool R-rated series for Hulu starring Ryan Reynolds in the lead role is being discussed.

Deadpool fans will remember having their hearts broken back in 2017. Another R-rated animated Deadpool series was in development for FX. The series was written and produced by the Glover brothers – Donald Glover and Stephen Glover, and it made it as far as a 10-episode order before it fell apart due to “creative differences.”

How could an animated Deadpool Fit into the MCU?

Disney+ is set to be the home base for the Marvel Cinematic Universe’s Phase 4. WandaVision and The Falcon and the Winter Soldier are already huge successes for the MCU. But this rumor says this possible animated series would head to Disney-owned Hulu, and it will not be produced directly by Marvel Studios.

It makes sense that Disney and Marvel would keep their adult-oriented programming separate from Disney+. It is unlikely any Marvel animated production would become MCU canon. Releasing them on Hulu would help to distinguish between the MCU and other Marvel television properties.

Deadpool was already a tough fit for the larger Marvel Universe. Unlike Wolverine, another mutant, Deadpool is not a team player. And ever since his first solo comic book series written by Fabien Nicieza, his macabre jokes and violent nature made it impossible for him to be an Avenger.

Related: Everything Coming to Disney+ in May

Interestingly, Deadpool creator Rob Liefeld admitted on Twitter that he had heard something about this Deadpool series with would have Ryan Reynolds return as a voice actor for mercenary Wade Wilson:

Related: Iconic ‘Star Wars’Theme Is Reimagined as a Western in TikTok

He could mean that he was simply aware of the new rumor. Or maybe the 20th Television Animation Studio consulted him about the new original series. Or he could simply be remembering the version that was never finished by Donald Glover. Time will tell.

Let us know in the comments if you are interested in seeing an R-rated Deadpool animated series or if you are just going to hold out for the superhero flick’s upcoming sequel.

Comments Off on Rumored ‘Deadpool’ Series In the Works at Disney