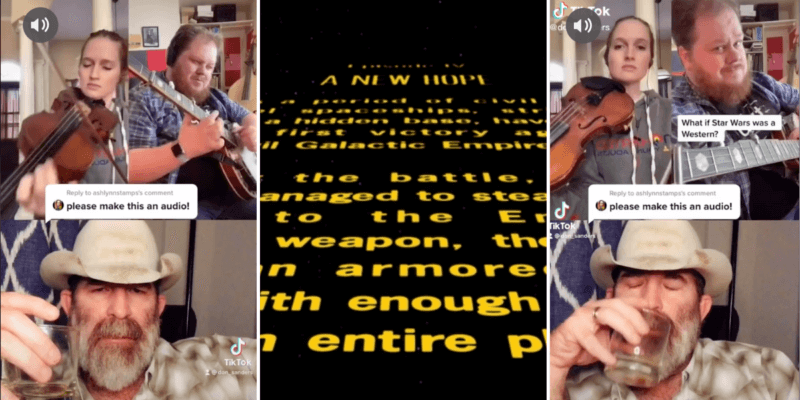 It’s a commonly known fact that the original Star Wars (1977) movie – and the subsequent universe it established – was created through a Western-style lens. Creator George Lucas was inspired by his love for the spaghetti Western films and the adventures of his youth – which also helped him craft the Indiana Jones movie franchise, alongside friend and Jaws (1975) director, Steven Spielberg.

In November 2019 when Disney launched its ground-breaking streaming service Disney+ and premiered its flagship original television show, The Mandalorian, it was clear that this Western edge was going to be continued throughout the Star Wars galaxy. The Mandalorian broke the mold of what Star Wars had been and in turn satiated the thirst fans had for a grittier, darker take on the franchise.

It’s not remiss to say that the sequel trilogy didn’t meet some fan’s expectations. With a muddled slate of directors and a seemingly unknown story direction, the conclusion to the Skywalker Saga — which started with Star Wars: Episode VII – The Force Awakens (2015) and ended with Star Wars: Episode IX – Rise of Skywalker (2019) – demonstrated that everything couldn’t be solved through fan-service and bringing back old foes. Or old heroes like Mark Hamill’s Luke Skywalker.

What The Mandalorian did was capture its viewers in a rollicking adventure story set against the backdrop of a post Return of the Jedi era, with the Galactic Empire in ruins. It also birthed the pop-culture phenomenon Baby Yoda AKA Grogu. The Pedro Pascal-led series, which has just wrapped Season 2, injected a gunslinger John Wayne type caper into the Star Wars canon. And while its tone and aesthetic are a far cry from George Lucas’s original 1977 space opera movie, the Western element could perhaps be its closest link.

And if the Emmy award-winning score of The Mandalorian, composed by Ludwig Göransson, wasn’t enough of an example of how a truly Western Star Wars outing could go, a TikTok video has given the original opening movie credits crawl a cowboy-themed twist.

Posting to TikTok user Philip Kramer (@fiddlinphil) asked the question – What if Star Wars was a Western? In response to his idea, and alongside his own banjo rendition, fellow TikTok musician Gabrielle Martin (@gmartinmusic) added her own artistic flair with a violin.

Well, in response to a follower comment, the comedic account Don Sanders (@don_sanders) decided to overture the instruments with a narration of the original Star Wars movie, Episode IV – A New Hope, clad in a cowboy hat, with a full beard and a glass of whiskey to boot. Full Western vibes for sure.

Reply to @ashlynnstamps here ya go. Can’t wait to see what comes of it lol.

Reply to @ashlynnstamps here ya go. Can’t wait to see what comes of it lol. #makeitanaudio #thisshouldbeinteresting

The video feels both nostalgic and current with its string instruments and smooth voiceover, one part in the past with the likes of The Lone Ranger and the other in the present with things like The Mandalorian and the PlayStation smash-hit, The Last of Us.

If anything, this collaboration has shown again why the Star Wars franchise both feels and fits into a Western-style atmosphere. It is a testament to the creative skill of George Lucas that he managed to carefully craft the hyperspace-hopping, lightsaber-wielding Star Wars world in such a way that feels as grounded (at least in a setting sense) to that of the old-time Western movies. With the help of places like the desert planet Tatooine and the cantina blaster showdown between Han Solo (Harrison Ford) and Greedo, the nods to cowboy cinema become increasingly clear.

Looking forward, it’s a wonder whether Lucasfilm President Kathleen Kennedy will add the Western flare to the flurry of upcoming Star Wars projects. Jon Favreau showed with The Mandalorian that gunslinging is cool again so could we see more of a Western drama tone in shows like Obi-Wan Kenobi — which brings back Hayden Christensen’s Anakin Skywalker/Darth Vader — Star Wars: Rangers of the New Republic or the Temuera Morrison led The Book of Boba Fett? It’s a good bet, and it will be interesting to see how else the franchise moves on into new eras, while still harnessing the thing that makes it uniquely Star Wars.

What do you think about the Western take on the iconic Star Wars theme? Let us know in the comments!