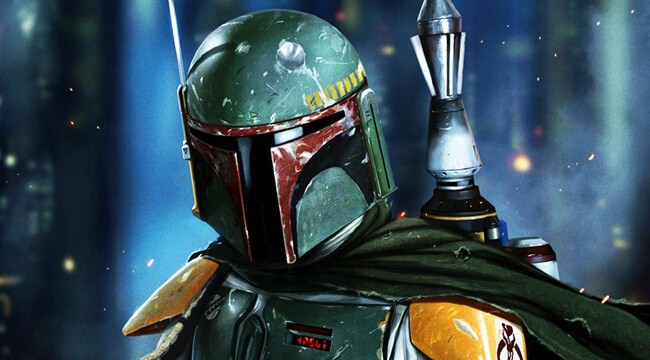 Ever since Boba Fett (Temuera Morrison) and Fennec Shand (Ming-Na Wen) turned up at Jabba’s palace and executed everyone inside during The Mandalorian Season 2 finale post credits scene, Star Wars fans have been craving the next installment in the bounty hunter franchise.

The Book of Boba Fett, slated for December 2021, was revealed at the end of Jon Favreau’s now-famous post credits scene, as Fett dragged Bib Fortuna (Michael Carter) off of Jabba’s throne and put himself upon it, flanked by Shand. It was brutal, intense and thrilling — everything audiences would want from the iconic bounty hunter, especially after the Robert Rodriguez directed “Chapter 14: The Tragedy”, where viewers were reunited with Morrison’s Fett, albeit this time as Boba instead of Jango. In the episode he demands the return of his iconic Mandalorian armor before helping the Din Djarin fight off the Dark Troopers sent by Moff Gideon (Giancarlo Esposito) to capture Grogu.

If the structure of The Mandalorian is anything to go by — in which Mando and friends have been confronted with a new mission each week — it’s going to interesting to see how The Book of Boba Fett addresses this. Maybe it will be Boba having audiences with various Star Wars characters, while sitting atop his Tatooine throne and feeding them to the Sarlaac pit. More likely however, is Boba’s book being some kind of literal ledger, a list of people to enact justice against. Or, to put it plainly…to kill.

After all, isn’t that what bounty hunters do? But, the question remains, who could appear in this book? We have already seen characters from the Star Wars canon like Ahsoka Tano (Rosario Dawson) and Bo-Katan (Katee Sackhoff) make appearances in The Mandalorian, so who might show up in The Book of Boba Fett? Could cult favorite baby Yoda — aka Grogu — even come back? Here, we dive in.

Let’s just say it. Public enemy number one, or at least we can imagine he is in Fett’s eyes: Han Solo. Many will remember the pole incident during the battle at Jabba’s Palace in Star Wars Episode VI: Return of the Jedi (1983), which found Fett swallowed up in the Great Pit of Carkoon. As we know, he returned. But, we can only hazard a guess at how furious he is with Solo.

It would be great to get Alden Ehrenreich to reprise his role as young Han Solo by making a cameo – or even appearing in an arc – in The Book of Boba Fett. The finale of The Mandalorian Season 2 saw a CGI-rendered Mark Hamill come back as Luke Skywalker, much to the thrill of fans, so it goes without saying that a Ehrenreich Solo reprise would be mind-blowing — that is, if we don’t get a CGI Harrison Ford.

Samuel L. Jackson needs to return to the Star Wars universe, and what better way than in a highly anticipated bounty hunter thriller based on Boba Fett? In canon, Mace Windu survived the fall out of the Coruscant window, so that suggests that he is still alive somewhere, out there in a galaxy far, far away.

Before Windu’s suspected demise at the hands of Emperor Palpatine, though, he fought and killed Jango Fett on the desert planet, Geonosis, during the Jedi and Clone Army rescue of Anakin Skywalker, Obi-Wan Kenobi, and Padmé Amidala. Swinging his iconic purple lightsaber, Windu defeated Jango Fett right in front of his only family member, Boba. If the book exists and there is a name under Han Solo, we can bet it’s the Jedi Mace Windu.

Fett has had a tumultuous past with Bossk, the Wookie hunting Trandoshan. As the Clone Wars ravaged the galaxy, Bossk along with fellow bounty hunters, Aurra Sing and Castas, helped train the young Boba. Ultimately this union turned into a revenge mission for Boba to avenge Jango Fett’s death by searching for Jedi Master, Mace Windu.

While their relationship has always been self-serving. Fett and Bossk have come to blows many times in the Star Wars canon. Whether over stolen files from Slave I, or Fett’s role in destroying the Bounty Hunter’s Guild – something Bossk believed was sacred. As a fellow bounty hunter in arms, Bossk’s appearance in The Book of Boba Fett could highlight the competitive edge of the bounty world even more. And, this would also give fans a much wanted — and needed — live-action Bossk.

We already know that Lando Calrissian is getting his own show. The Lando series, exclusive to Disney+, was confirmed at the same time as the slew of other announcements during Investors Day last year.

Lando and Fett have crossed paths before. Surely, we all remember gasping when that door on Cloud City opened, revealing Darth Vader sitting at the head of the dinner table? Fett was hunting the crew of the Millennium Falcon, and the smooth-talking Calrissian eventually redeemed himself when he helped Princess Leia (Carrie Fisher) and Chewbacca (the late Peter Mayhew) escape. Fett might want revenge on Lando for having derailed his bounty. We have already seen Billy Dee Williams reprise the character in Star Wars Episode IX: The Rise of Skywalker and can imagine that Donald Glover is also likely to return to the role in Lando, so it wouldn’t be a stretch if Calrissian was somehow involved in The Book of Boba Fett.

At this time, however, it has not been confirmed which actor — or both actors — will play Calrissian in Lando.

There Could be Many More

Fett checking off a list of names of people who have wronged him definitely fits with the western style drama Favreau set up with The Mandalorian. The Book of Boba Fett could take it even further, though, offering a more violent, gloomier look at what happens if you cross one of the galaxy’s most infamous bounty hunters. We’ve seen Disney add violence warnings to its latest television outing, The Falcon and the Winter Soldier, so it wouldn’t be unusual if Book was darker in tone, too.

Whatever happens, it’s sure to tickle the itch of the Boba Fett fandom and audiences of The Mandalorian and the original trilogy of Star Wars films. This gunslinging, noir-style space western is certainly one of the most hyped events of 2021.

Are you excited for The Book of Boba Fett? Let us know what cameo you’re most hoping for!